Yahoo! may have been bullied from its once-prominent web position by the likes of Google, but the Sunnyvale-based company still has something to offer. Today, Yahoo! has released a glut of new mail apps targeting those on iOS, Windows 8 and Android, as well as revamping its web-based offering, and we’ve got all the details after the jump.

Of course, the web client (as well as the Android iteration) of Yahoo has been around for a while, but by bringing a host of new features – while also adding a version for the new Windows 8 and Apple’s iPhone – Yahoo has broadened its potential reach.

First thing you’ll notice when using any of the new clients, are the aesthetic alterations. The web offering – which will trickle out to users over the coming days – has been overhauled, and as a long-time user of Yahoo!, I certainly like the new look. As you’d expect, the quintessential Yahoo! Purple is as prominent as ever, but the general user experience is far smoother than ever before. 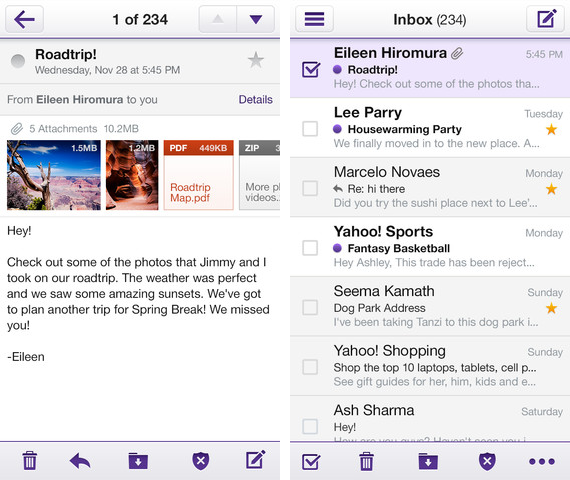 That same clean look and seamless operation is the ongoing theme throughout the entire batch of new apps, and if you use Yahoo while out and about, you’ll want to grab the corresponding client specific to your device.

Yahoo! could have pushed out new apps offering a variety of features, but in keeping things simple and focusing on ease-of-operation, the company is clearly trying to make the business of sending and receiving e-mails as painless as possible. Google’s Gmail service may be one of the most commonly-utilized nowadays, but Yahoo! still has a pretty substantial following, and these new and improved apps will certainly help to boost the service’s profile moving forward. 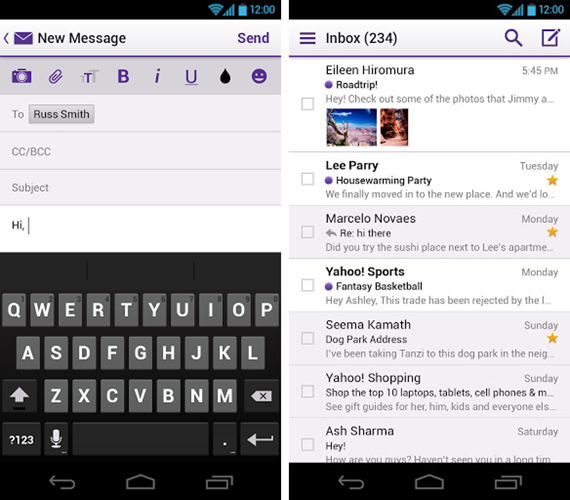 The links to each client are linked to below. Download them, give them a spin, and let us know what you think by dropping a comment via the usual channels.

(Source: Yahoo! Mail for Android on Play Store, for iOS on App Store, and Windows 8 on Windows Store)