If you thought that China-based Xiaomi was only involved in the production of smartphones, then it’s time to think again. The company has managed to surprise and shock attendees at its launch event for the Redmi Pro smartphone by introducing a product that is most definitely not a smartphone, but that most definitely takes a certain degree of inspiration from Apple’s MacBook Air range.

Step forward Xiaomi’s first ever PC laptop, the Mi Notebook Air, which is not only stunning to look at, but also packs a lot of power into a relatively small and compact shell, and is being offered in two different sizes and internal specs. 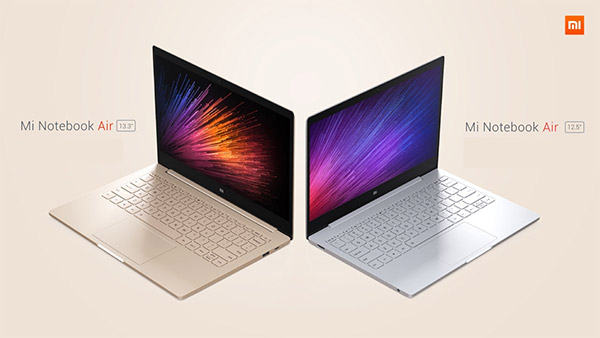 Looking at the new laptop, it’s nigh-on impossible to not make an immediate comparison with Apple’s established MacBook range of machines. In fact, it’s not only the physical resemblance that makes you think of Apple, but also the fact that the name is pretty much a carbon copy of Apple’s MacBook Air. However, if you can take a step back and look beyond the blatant resemblance, then you are greeted by a $750 aluminum notebook that certainly cannot be describe as difficult to look at. Beautiful is probably the best way to describe its exterior.

The 13.3-inch Mi NoteBook Air packs a 1080p display, and comes powered by an up to 2.7GHz Intel Core i5-6200U processor. That powerhouse is backed up by 8GB RAM, and comes equipped with a 256GB PCIe solid-state drive (SSD), and an expandable SSD slot for storage of files and documents.

Xiaomi has also bundled in an NVIDIA GeForce 940MX graphics card to provide what the company feels as the best experience possible at this price-point. From an up time perspective, the Chinese company is marketing the hardware as shipping with a battery life that could last for as long as 9.5 hours on a single charge. But of course, that all depends on what’s actually installed on the machine and its usage patterns. 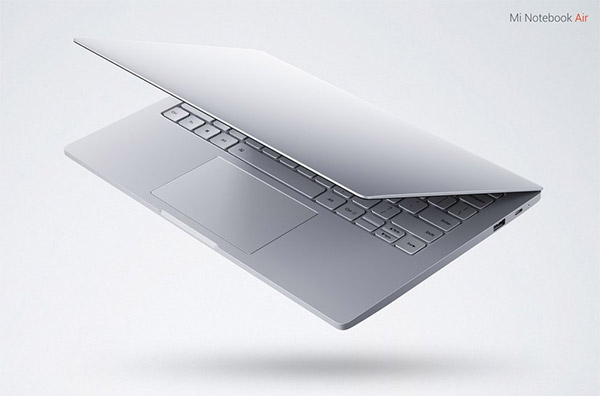 There’s also a smaller 12.5-inch model of the same machine that costs $540, replaces the aforementioned processor with an Intel Core M3 CPU, and is limited to 4GB of RAM and a 128GB SSD along with an expandable SSD slot. Being the slightly less-power hungry of the two notebooks, the 12.5-inch Mi Notebook Air boasts of an amazing 11.5 hours of uptime on a single charge. 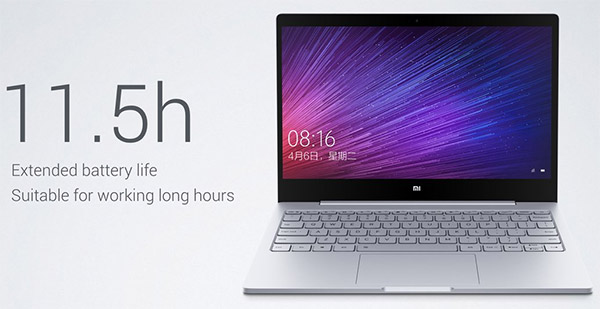 From a connectivity perspective, the Mi Notebook Air range will ship with a USB Type C port for charging, 2 USB 3.0 ports, an HDMI input and a standard 3.5mm headphone socket. 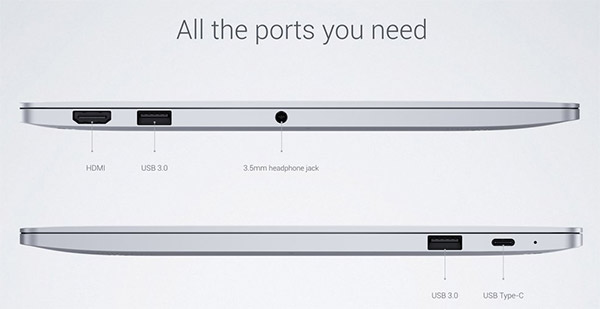 There’s no additional information been given on global availability, or a world-wide launch, but both devices will be available in China from August 2nd, and will come in Gold and Silver finishes.