Xbox One Reputation System Detailed By Microsoft, Lets Gamers Get Together Nicely On Xbox LIVE

Looking ahead towards the next generation Xbox One, Microsoft is planning a new reputation system for gamers on Xbox LIVE, which will ensure serious gamers can play other hardcore enthusiasts, while those whimsical, genial folk looking for a bit of lighthearted enjoyment will be able to. Essentially, the three tier system will enable the pros to do serious battle, while also offering the noobs a little respite to, well, be noobs, and will ensure a more balanced gaming experience for all involved.

There has been much focus on the Xbox One’s regional compatibility issues and used games policies since the console’s initial announcement, but with those now out of the way, it appears the gaming world can now get down to discovering the new features and, you know, allow itself to look forward to playing games on the thing.

Xbox LIVE, despite having been paid a service versus the PlayStation Network’s current free-for-all structure (up till the PlayStation 4), has been hugely successful, but despite a clean interface allied to regular dashboard updates, keeping all the different types of gamer happy has been a trying task. Often, those new or relaxed gamers are matched with the serious parties in the multiplayer lobbies, and this not only takes the fun away for those trying to maintain a decent level, but also kills it for those being completely outclassed in trying to play for fun rather than simply competition. 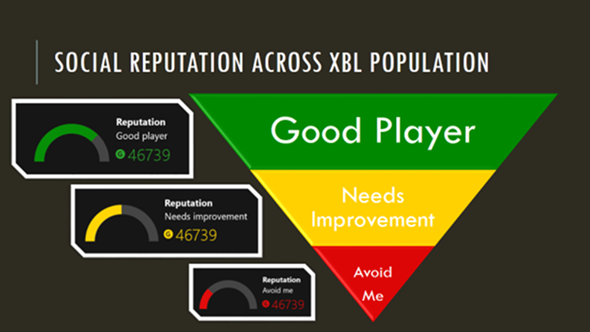 The newly-showcased Reputation system, which Microsoft unveiled at OXM, could prove the perfect solution to the issues and limitations we’ve seen hitherto with Xbox LIVE. Housing serious gamers, angry gamers and happy gamers in one pen is fraught with issues, but with the new system also punishing those regularly reported while adding a reward system for those contributing, one hopes the Xbox One will reap the benefits of the changes the Redmond is making to Xbox LIVE. 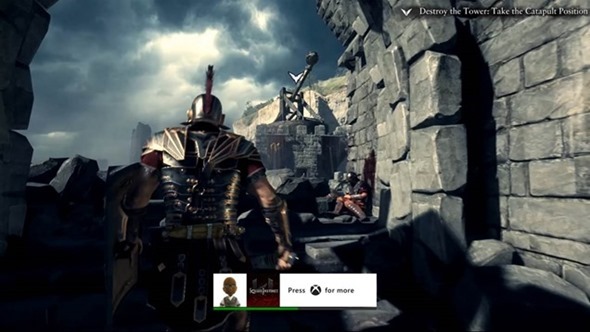 With folks known to rig matches based on certain denominators in order to boost their online egos while spoiling it for others, the Reputation system throws down the gauntlet to these individuals, challenging them to clean up their acts or risk facing sanctions.

It’s easy to talk hardware, new interfaces and high-end gaming with 4K support, but it’s good to see Microsoft making better an already stellar multiplayer service, and we certainly cannot wait to clock up some gaming hours on the forthcoming console.