Xbox One November Update Rolling Out Now, Here’s What Is New

The release of the Xbox One console by Microsoft late last year was significant for gamers eager to get their paws on some new hardware. But, like rival Sony and its PlayStation 4, the original and current configuration of the Xbox One is subject to improvement from both a design and software perspective, and with the one-year anniversary of the third Microsoft console upon us, the Windows maker has added Twitter integration and some UI tweaks, among a number of smaller new features to the fold.

This particular update, if we’re going to gauge it in a scale of whether it’s a minor, rudimentary enhancement or a dramatic improvement, floats somewhere in between this spectrum, and so while there’s nothing game-changing thrown in – if you’ll excuse the pun – you will still notice some alterations to the Dashboard. 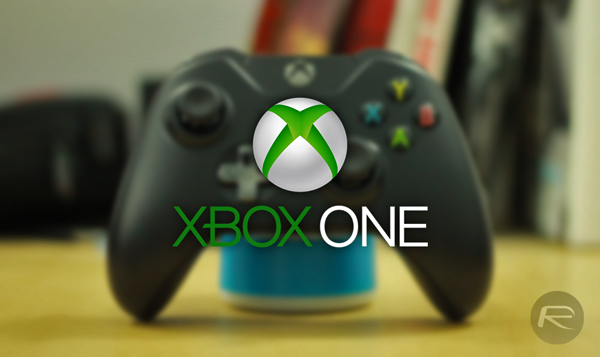 The most noticeable, and easily the most useful addition to the fold with the new software update is that of Twitter integration. If you’re a user of the social network, you’ll now find it much easier to share your gaming clips with those gracing The Twitters. Additionally, OneGuide also includes lists that highlight TV shows that are popular in your area, which will no doubt add to the already thriving social aspect of watching any series nowadays.

But whilst we’re fans of this new-found (and very welcome) Twitter support, it’s not the only major feature that Microsoft has packed into the system software carrying the version number s 6.2.11785.0. There are also customizable backgrounds, which will allow you to select images directly from a USB thumb drive to displace the plain, black backdrop that has remained present since day one.

The bio and location fields are now back having disappeared at the point when Microsoft began migrating Xbox 360 Dash features to the all-new Xbox One, and if your console is used as a set-top as well as a gaming machine, this is very much an update that runs in your favor.

The complete list of changes in the update are as follows: 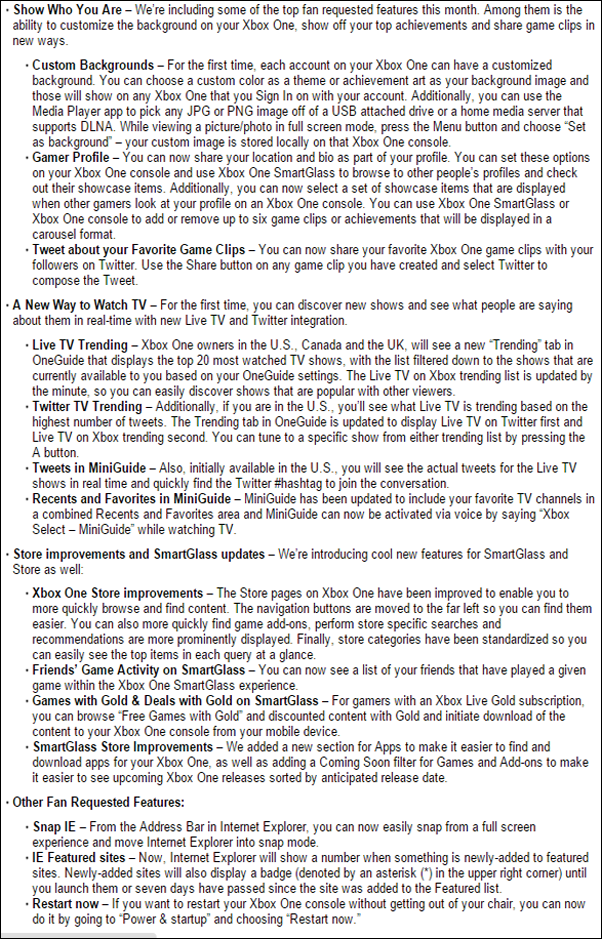 Sure, a proper Twitter app would have been, and still would be nice, but this integration is certainly a start. As the console matures, we’d expect Microsoft to expand its repertoire to include a solid, native Twitter experience at some point, but in the meantime, Xbox One users can expect this update to trickle out to their console imminently if it hasn’t already.