Microsoft’s Xbox 360 console has established itself as a gaming console, but in line with the changing face of technology, the Redmond company has been pushing it towards the all-round entertainment market. As well as the Kinect, which sold at the kind of speeds only Apple’s iPhone can relate to, various Dashboard updates have seen the gamers’ paradise morph into something of a set-top box.

With various streaming content already up and running, the Xbox Music service is another fairly important piece of the jigsaw, and Microsoft has leaked some details of price and features through its own Windows 8 Music app. In addition, a beta Xbox Dashboard has also been rolled out, offering users an opportunity to test out the upcoming interface for Xbox Music. 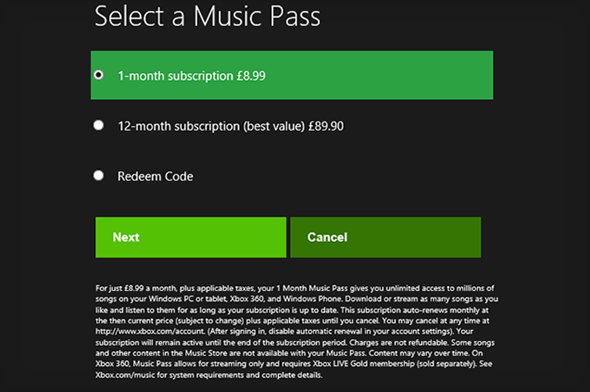 The pricing info, which is specific only to those residing in the UK, offers unlimited streaming for £8.99 per month, which incidentally, is the exact same price as a British Zune Pass. Over the course of the year, that equates to £89.90, which is considerably cheaper than the likes of Spotify – which charges £9.99 p/m for a very similar service. Although it cannot be confirmed, the US price points are expected to cost the same as the Stateside Zune Pass, and with the library touted to be in excess of 30 million tracks by the time the service launches, it’s a very appealing prospect indeed.

It’s worth noting, however, that one will need an Xbox LIVE Gold membership in order to enjoy the service, so in actual fact, it’s more expensive than Spotify et al, but irrespective of whether you’re using Xbox Music or not, you’ll still be using Xbox LIVE Gold for gaming and other content. There will, to round up the comparisons with Spotify, also be an ad-supported free service on offer, along with a "scan-and-match locker service," according to a report from TheVerge. 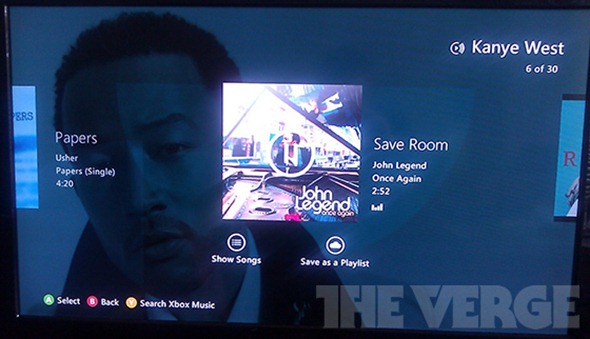 A unified music and video package on the horizon, which would appeal to many whom like to watch their favorite music videos as well as simply the audio. The Xbox Music service, which will be compatible with Windows 8 devices besides the console, looks as though it will include a 14-day free trial, and is expected to launch simultaneously with  Windows 8 and the Microsoft Surface on October 26th.