Our WWDC 2018 Keynote Coverage Starts At 10am PT Today

We probably don’t need to inform you jovial tech enthusiasts, app consumers, and Apple lovers that this year’s WWDC is just a matter of hours away now. This year’s annual WWDC extravaganza is set to kick-off at 10 am Pacific Time, which means we’re only moments away from seeing exactly what Apple has in store for us.

Developers, the general technology-loving public, and media delegates alike are no strangers to Apple’s annual bash, hosted in California. The company has been hosting the event for 28-years, with the first event taking place on May 7, 1990.

Nearly three decades later, the shindig has grown into something a lot more substantial with almost 5000 developers paying approximately $1,500 each to attend the opening keynote as well as a series of hands-on sessions with Apple’s internal engineers who work across all of the company’s platforms.

This year, like previous years before it, will take the exact same format, with an opening keynote kicking off the event, which is where we will start our coverage here at RP at 10:00am Pacific Time, sharp. That opening keynote will initially be hosted by CEO Tim Cook, will involve an array of high-level executives from within Apple, and will be used to give some background on the company’s performance to date as well as introducing iOS 12, macOS 10.14, and potentially giving a glimpse at some new hardware which could be released into the market sooner rather than later.

Last year’s event took a similar path with Tim Cook and his team taking the opportunity to introduce iOS 11 and all of the new features that came with it. We’re expecting the introduction of iOS 12 to be somewhat of a more low-key affair this time around with the platform focusing on continuous improvements and stability enhancements rather than being full of new features and functionality. We’re also looking forward to seeing exactly what Apple has to say about macOS 10.14, watchOS 5, and tvOS 12 for all of those individuals who may own an iPhone or iPad but who also have Apple TV, a Mac, or an Apple Watch.

If any of that excites and intrigues you, or you just want to come along for the ride to see if Apple finally makes AirPower available for sale, then make sure you check the chart below to see what time the event starts in your local region and then follow us for constant updates and real-time analysis. 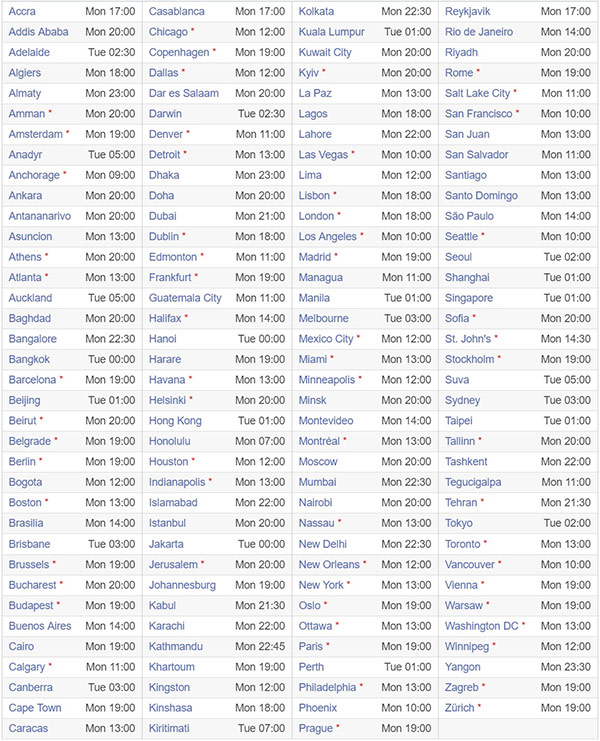