WSJ: Facebook Is Working On A Mobile News Reader

As part of Facebook’s ongoing efforts to expand its mobile prowess, the social network is plotting a news service for smartphones and tablets. The app will, according to insiders of The Wall Street Journal, take a very similar form to the popular Flipboard, helping users dissect and digest the news in a neat, easy-to-read format. It’s safe to say that Facebook is preparing itself well to take over the crown of Google Reader, which will shut down on the first of July. More details can be found right after the jump.

This is certainly not the first time Facebook has gone straight for the jugular of another popular app, and although the Menlo Park-based social company has enjoyed one or two success stories, many have fallen flat on their faces. Foursquare, as an example, was the target when Facebook brought its check-ins feature, but despite many hundreds of millions of active users gracing Facebook at the time, Foursquare still stands strong.

With Instagram’s new video sharing looking to quash the efforts of the popular Vine, Facebook now seems to be turning its attentions to Flipboard, Pulse and the soon to be dismissed Google Reader. According to The Journal, the service has been in development for around a year, with work predating Google’s closure of Reader.

Intriguingly, it would seem as though the focus with the new news service is squarely towards mobile devices. There’s no mention of a Web-based app at all in The Wall Street Journal’s coverage, and although this is perhaps something Facebook could add in the future, at the moment at least, it would seem as though an expansion of Facebook’s mobile services is the primary aim.

As well as Instagram video, which was announced last Thursday as part of the company’s discussion of new ideas, Facebook also brought its Home launcher to Android earlier this year. These are big steps for a company that had faced quite a bit of criticism for a string of mobile mishaps, and with the official Facebook and Messenger apps now up to scratch on both iOS and Android, Mark Zuckerberg’s company is slowly establishing itself as a powerhouse in the mobile industry. 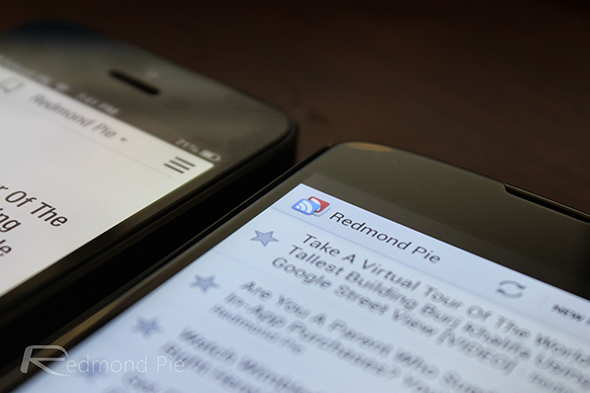 50 million people currently enjoy Flipboard, and although Facebook will find it difficult to coerce users away from what is undeniably a very well polished service, the potential is most certainly there. Moreover, 50 million may be a high count, but with 1.1 billion people logging into Facebook on a regular basis, a nicely curated news service could very quickly take over the world.