The popular and irreplaceable Workflow app for iOS has just been updated to version 1.2, and adds support for the Apple Watch. With over 200 automated actions, the app’s availability on the Apple Watch comes in ahead of fans actually getting their hands on their pre-orders, and to add to your excitement, the updated piece of software is on sale for a limited period right now.

For those still clueless on the wondrous abilities of Workflow on iPhone and iPad, think of it as an app similar to Automator for Mac. The app was initially released back in December, taking advantage of iOS 8’s framework, and to quite an extent, ended up changing the way you would use your iPhone or iPad. 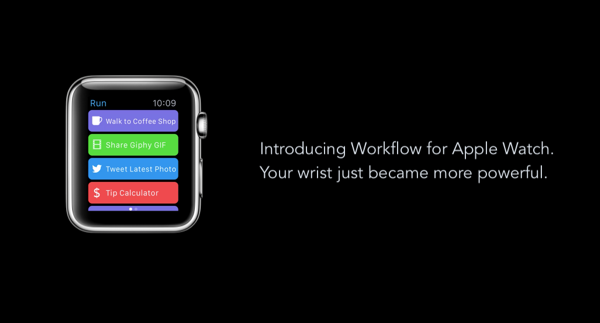 With the launch of the Apple Watch, Workflow’s adaptation to the Watch OS will definitely make things interesting for future owners of Apple’s new wearable device. Apple Watch users can now use workflows to read articles, send emails, create reminders, tweet a photo, get directions home, even request an Uber, and much, much more. Using the watch’s swipe functions, users can access an Apple Watch specific Workflow Gallery and download workflows instantly. 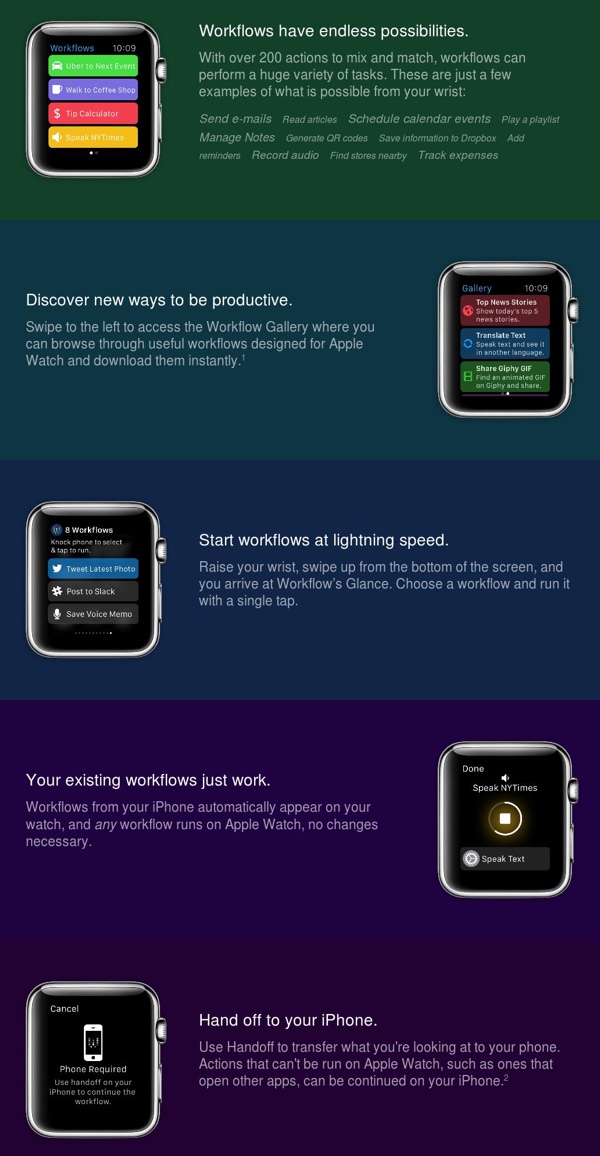 To celebrate the app’s compatibility with the Apple Watch, DeskConnect is giving fans a 40% discount on the usual $4.99 price tag, giving you a chance to grab it for $2.99 only. However, there’s no word on when this promotional period will be ending. In the words of DeskConnect “Raise your wrist, swipe up from the bottom of the screen, and you arrive at Workflow’s Glance. Choose a workflow and run it with a single tap.”