With Malware Infections On The Rise, Here’s A List Of Top Antivirus Apps For Your Mac

In light of the recent Flashback malware infestation, it appears running OS X is not enough by itself to protect you from the bad stuff circulating around the web. Always considered to be a safe haven from the Trojans and viruses, Mac users can ill afford to be complacent nowadays, and many have been looking around for the best antivirus packages around.

Apple has flippantly been able to boast of Macs not facilitating the threats plaguing Windows, and while this may still be true to a degree, OS X is not the safe haven it used to be. As such, we’ve compiled a list of the most useful tools in the fight against the malware. 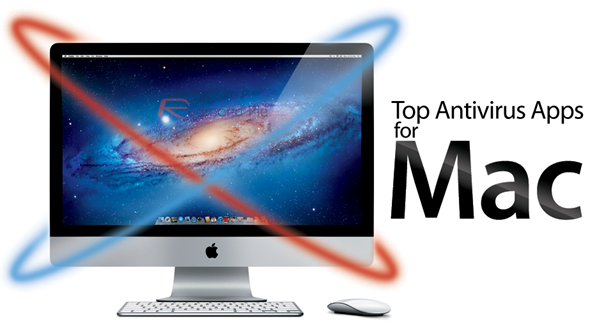 Let’s start with some of the free options. Sophos boasts a highly active team, and has been at the forefront in the battle against the recent malware outbreaks – particularly those troubling users of Google’s Android software.

It offers a bunch of business features – which are mostly paid – but if you don’t want to part with any cash, it does offer a stellar defender which sits in the background, laying in wait for any malware. I used Sophos’ free edition on my MacBook Pro, and it never did me any harm, but you needn’t take my word for it. Not only do Ford and Coca-Cola – two of the largest corporations in the world – use the Sophos software to protect their digital interests, but also Cisco.

Support is good, it doesn’t cost a cent, and is well worth checking out.

Intego made a name for itself back in 2011, helping to shift the malware operating under the guise of MacDefender / MacProtector. It offers two packages: the Virus Barrier X6, as well as the all-singing, all-dancing Internet Security Barrier X6.

The Internet Security Barrier – as you may expect – is the most expensive, but in all honesty, the Virus Barrier is more than adequate for protecting your Mac. The trouble with firms charging higher prices for a premium product, is that if you run the cheaper version, it’s in the firm’s best interests to stop you from getting any sort of infection anyway. Thus, the chances of the priciest product – with all its supposed bells and whistles – actually delivering a better performance are often minimal – if not mythical.

Interestingly, Intego received an award last year for its endeavors, and unfortunately, this has lead to the price of the Internet Security Barrier X6 rising from $79.95 to a whopping $94.95. Thankfully, the Virus Barrier remains at the $49.95 mark, so even more reason – if required – to stick with the basics. You get licenses for two Macs, which in my opinion is a slick deal.

McAfee is a renowned name when it comes to computer security, and its SiteAdvisor feature codes the risk of a threat from a website using a simple red, green, and yellow color codes, with red obviously being the most dangerous.

Rather than waiting for malicious software to attack your Mac, McAfee focuses more on prevention with implements like SiteAdvisor. That said, the software also does a good job of cleaning and scanning every file downloaded, so if you do happen to click on something risky, McAfee will have your back.

For the cool price of $79.99, it really ought to, and there’s also an iOS app called WaveSecure which will set you back a cent under 20 bucks. While we wouldn’t dream of becoming complacent about the security of the fruit company’s mobile operating system, you can probably skip the iPhone, iPad and iPod touch app, but if you don’t want your Mac to get caught up in the Flashback of tomorrow, the desktop app is a good investment.

Ah, of course, Norton – the firm everybody loves to hate. While some find it to be bulky and over-zealous at times, it would be almost blasphemous to omit it from the list.

It doesn’t require much introduction from me (no less because the majority of commercial PCs come packaged with a trial version of it), but for all of its imperfections, it doesn’t leave a stone unturned in its quest to protect. Its 2012 Internet Security packs in everything you would expect and more, and as well as the firewall and virus protection, you can also enjoy scheduled scans and identity protection.

Everything from emails to IM’s are monitored, and each keystroke you make is encrypted to help protect your most sensitive data.

Again, it’s not cheap at $79.99 for the whole year, but that license covers up to three Macs, and you can rest assured your chances of being infected are as minimal as possible.

You may not have heard of Panda, but it is one of the most feature-rich antivirus packages out there. Not only can you protect your Mac from the usual threats, but you can also scan your iOS devices in order to make sure they’re on the safe side too.

As mentioned before, the chances of your iPhone, iPad or iPod touch acquiring malware are minimal – particularly if you’re running stock firmware – but nonetheless, it’s a nice feature to have in the armory, and comes at no extra cost.

Panda costs $49.99 for a year’s subscription, which is a good offer we believe.

Once installed, BitDefender will stay faithful to its namesake and stay on the lookout for the spyware, viruses, malware, and general bad stuff threatening your secure, safe computing ecosystem.

It doesn’t, however, offer protection from dangerous links on the web – which is one of the main modes of entry for phishing scams and viruses.

Then again, besides the missing feature, BitDefender does a great job, thus is well worth considering alongside a link-scanning app such as AVG LinkScanner, given an honorable mention below.

BitDefender costs $49.95, but as we say, make sure you install a separate entity in order to protect yourself from the perils of the Google Search.

Also worth a mention is the AVG LinkScanner, a neat little app which places icons next to Google Search results, giving you an indication whether any link could lead to something untoward. It’s completely free, and will significantly reduce your risk of becoming a victim of phishing, identity theft, or malware.

So, with the list complete, which one will you choose? Will you opt for Sophos’ free option, or will you go for the complete, experienced package provided by Norton?

Whatever you do, don’t do nothing!