One of the iOS App Store’s most powerful method of unarchiving ZIP files has just been put through a significant update. WinZip for iOS, released by WinZip Computing LLC, has long been thought of as the de-facto options for users wanting to interact with archived files directly on their iOS device. Although the universal app has benefited from relatively minor upgrades during the course of 2013, the push to version 3.0.0 sees a total app overhaul to fall in line with the new iOS 7 guidelines as well as supporting a number of iOS 7 only technologies.

The most notable amendments within this latest version of WinZip for iOS can be found in the aesthetics. The user-interface has been entirely overhauled to look a lot cleaner, elegant and ‘flatter’, all intended to make the app fall in line with the design methodologies that govern Apple’s latest mobile operating system. The color schemes that make up the interface have also been changed, which produces the end result of making WinZip a lot more professional to all that use it. 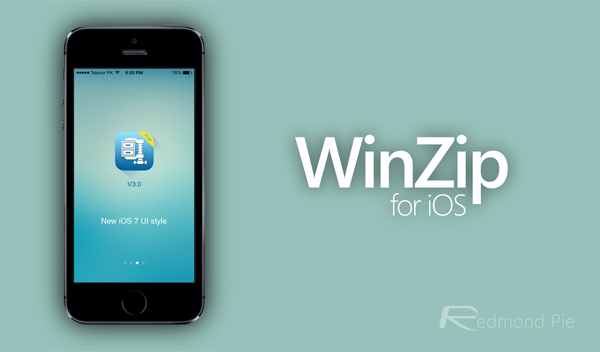 The team behind the app has also chosen to concentrate on implementing a number of new powerful features. Full support for Apple’s AirDrop has been integrated directly into WinZip, allowing users to seamlessly share content from within the app to other compatible devices that are AirDrop enabled and connected to the same network. The AirDrop integration falls under the existing share functionality and can be accessed through a variety of methods within WinZip. 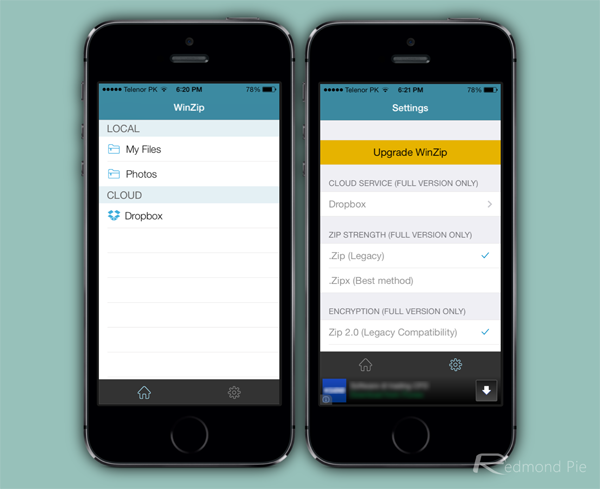 Version 3.0.0 also contains a dramatically enhanced workflow that allows for improved file management throughout the whole system. To polish the update off, WinZip Computing has introduced a feature that gives direct access to the help-desk, should any issues occur when using the app. Experienced Windows users will be more than familiar with interacting with this type of app, however, mobile users on iOS devices could be entirely new to this so being able to immediately access a resource of help is definitely beneficial.

There are two version of WinZip – free and full. And as you can expect, the free version doesn’t cost a dime and is ad-supported. While the full version will set you back $4.99 and doesn’t come with ads. Both can be downloaded from the links below.

WinZip is also available to download for Android and Windows 8.