If you’ve only been following the movements of the smartphone industry during the last couple of years, you may not have heard of HTC’s HD2, but the old relic of a device – which first launched running another antiquated product in Windows Mobile 6.5 – has been modded to run the brand-new Windows Phone 8 ecosystem. That’s right, while Microsoft has given Windows Phone 7.x users the sad news that their beloved device won’t be upgradeable, the three year old handset designed by the Taiwanese maker has been pictured running Windows Phone 8.

The HTC HD2 has achieved legendary status over the course of the last couple of years, thanks to the work of the equally infamous Dark Forces Team, or DFT, which has successfully ported a number of Windows Phone builds to the device. Having been designed to run Microsoft’s Windows Mobile 6.5 – an ecosystem which predates the new tiled look – the HD2 has also seen every Windows Phone OS, including Windows Phone 7, 7.5 and 7.8. 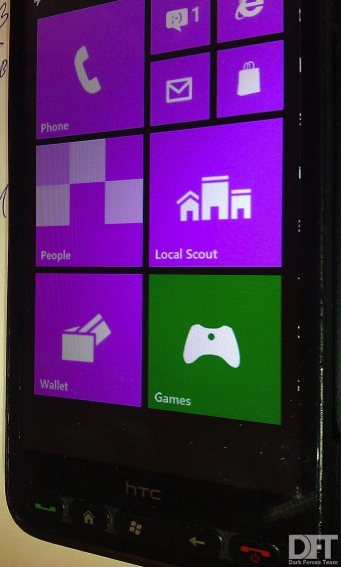 Android has also been modified to run on the HD2, but in getting Windows Phone 8 on board has to go down as the Dark Forces Team’s biggest achievement to date. Of course, it could be merely a hoax – we can all post screenshots of an operating system and declare we’re tech tinkerers, but given the reputation of those who posted it at a well known modding community, we’re inclined to believe it’s the real deal. 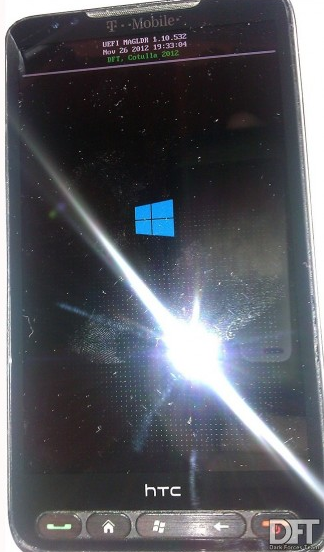 If the DFT have once again worked their magic, we’d be very interested to see a hands-on video demonstrating how smoothly it runs. One of the reasons the likes of the Lumia 900 isn’t supported by Windows Phone 8 is because it lacks power, so I presume the performance of WP8 on the HTC HD2 would probably leave much to be desired. 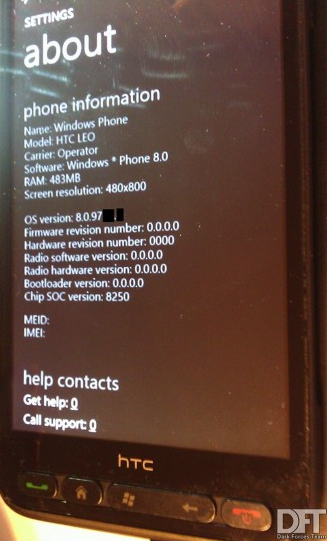 Hopefully, further details on exactly how this particular mod has been worked will emerge in the near future. It’s always interesting to see the boundaries broken in this manner, and who knows – perhaps the HD2 will make another appearance next year, running Windows Phone 9?

Taking the photos into account, do you think this is a legitimate creation? Share your thoughts with us via the usual channels below!