It’s always nice to see an app come to life that makes easier something that should’ve been that way from the get go, but wasn’t. However, that also depends on what platform you’re dealing with. Android, for one, and its fan following, for another, have always held in high esteem the platform’s ability to truly multitask, and it certainly deserves credit for that. Nevertheless, from my personal experience (and preference, before you label me biased), I believe iOS had app switching better than Android from day one, when it introduced a form of multitasking of its own. Try jumping from one app to the other on an iPad, with its multitasking gestures, and you’ll truly get what I mean.

I’m not implying that iOS can do multitasking better than its Google-founded rival, but that doesn’t mean that the latter cannot use a facelift when it comes to app switching. Fresh to the Google Play Store, SwtichApps is one entrant that aims to take your multitasking experience on Android to the next level, and not just on newer devices, but with legacy support for the older ones, too. 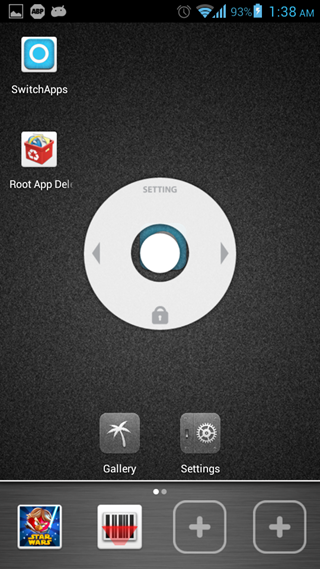 Essentially, what the app does is place a semi-transparent icon on your device’s screen (wherever you want) that you can invoke to quickly jump between active apps, reach settings at your whim, lock the screen, and initiate a favorite apps panel where you can place your most frequently-used items, ready to be called to action at a mere tap. And that’s not all of it – you get several gestures and multi-touch features, too. Quoting from the developer’s own words, you get: 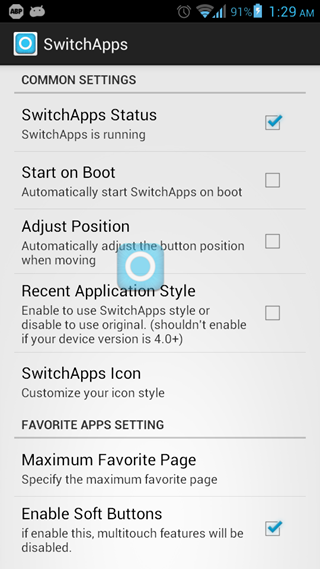 As with every app of its kind, SwitchApps does have its own downsides. For one, the gesture system is really complicated to understand, and not very well-implemented, in my opinion. Then, you have the service running in the background at all times (worse if you set it to start on boot), resulting in a potential battery hog. Still another is the complicated removal process, whereby if you ever decide to uninstall the application, you will have to do so through its own Settings, and now through regular Android app removal policy. While none of these might be a huge let-down, the perfectionist inside of me isn’t very happy, but hey, that’s just my opinion.

In all fairness, SwitchApps might be especially attractive to those who’re on Froyo or Gingerbread, or for those with devices without a home button. For all others, it might be a good tool to try out, but I leave it up to you to decide whether you want to keep it or not.