Announced back in mid 2011 and publicly previewed earlier this year, Windows Phone 8 is the next major release of Microsoft’s Windows Phone platform. We’ve seen a smorgasbord of new features demoed and exciting new smartphones announced from companies like Nokia, Samsung, and HTC, but until now we didn’t have a confirmed release date for the OS or the new phones that come based on it.

Microsoft today has officially confirmed the release date of Windows Phone 8. Check out all the details after the jump.

The Meet Windows Phone 8 invite in question shows a Windows Phone on its lock screen with text saying Save the Date: 10:00, Monday October 29, San Francisco.

That’s all that the invite says, really. More details regarding the event are set to be unveiled in the coming weeks.

This is the third event scheduled by Microsoft for the last week of October. As of right now, there’s a Windows 8 and Microsoft Surface tablet event set for October 25th in New York, this Windows Phone 8 event on October 29th, and a BUILD conference to be held on October 30th, also in San Francisco. 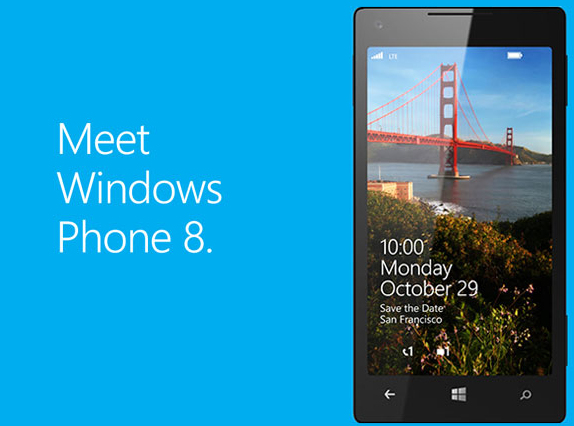 On the hardware side, Samsung is coming out with the ATIV S, Nokia with the Lumia 920 / 820, and HTC with the Windows Phone 8X and 8S. These are all stunningly designed and well-equipped smartphones; their only shortcoming is the lack of quality apps when compared to the App Store and Google Play. Hopefully, Microsoft can convince more developers to create quality, exclusive apps for their platform to push iOS / Android users to make the switch.

What are your thoughts on Windows Phone? Let us know in the comments section on our Facebook and Google+ pages.