Microsoft’s Live Messenger chat platform had been embraced by millions of users around the globe, and over time, it benefitted from a number of design and function iterations, but the Redmond based company has now officially announced that the service will be eventually laid to rest on March 15th of this year. Messenger has been handling online conversations for the last 13 years, but it seems Microsoft is finally ready to retire the veteran platform in favor of migrating its users across to the recently updated Skype service.

Microsoft broke the hearts of loyal Messenger users back in November of last year when they announced that they would be discontinuing the service across all countries in the first quarter of 2013. The removal of the chat client will affect users globally apart from mainland China where the decision has been made to continue offering Windows Live Messenger as a standalone chat option. 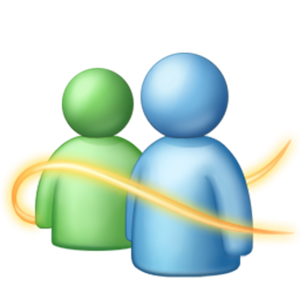 Existing users of the Messenger service who are looking for alternative options are being pushed in the direction of Skype for their text, video and audio based needs. Microsoft has been pumping more and more resources into Skype since their acquisition of the company, presumably to not only offer a better experience for the existing user base, but to also get the software ready to accept the hoards of Messenger users who will ultimately migrate to the platform with their Microsoft accounts.

Users should rest easy in the knowledge that Microsoft has also been hard at work on Skype recently. The official Windows 8 version of the app has been updated with the addition of some new features, and it looks like future updates will see support added for Outlook.com as well as potentially seeing a dedicated app for Xbox console users.

When the original announcement was made during last year, the president of the Skype division within Microsoft felt the need to publicly state the reasons behind the move. Tony Bates stated that their goal “remains to deliver the best communications experience for everyone, everywhere”, which in Microsoft’s opinion seems to be to consolidate their platforms and have users all singing from the same Skype hymn sheet. The 100 million Messenger users have known for some time that it was coming and now the day is finally upon them.