The next version of Windows Home Server codename “Vail” has been leaked online. This version of WHS is based on Windows Server 2008 R2, unlike the previous version which was based on WS2003 code. As a result, UI has got a significant facelift and it now looks more or less like Windows 7 because of the “Desktop Experience” of WS2008R2, which is installed and enabled by default on WHS “Vail”. 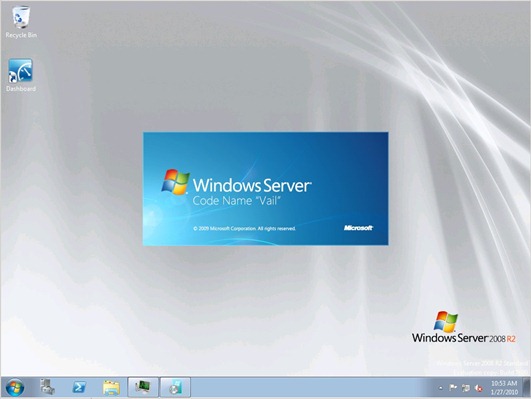 “Out of the box, Vail provides simple file sharing, remote access, home computer backup, expandable storage through Drive Extender, and media streaming both inside and outside the home. Vail also contains an application catalog and product-wide extensibility model so that new services such as anti-virus, online sharing, and home automation can be seamlessly and easily added to the solution.”

“Vail” will be pre-installed on OEM systems like HP MediaSmart Server just like any previous version of Windows Home Server. Robert McLaws who gave “Vail” a shot found a built-in App Store (Online Add-in Catalog) in the operating system which is perhaps going to provide all the add-ins for Windows Home Server Console. The App Store however at this CTP stage isn’t operational yet. 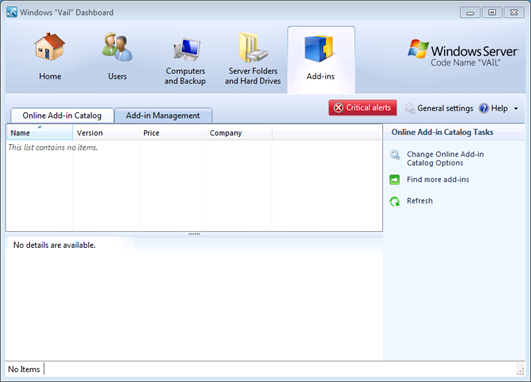 Here is another screenshot from the web interface of the upcoming Windows Home Server “Vail”. 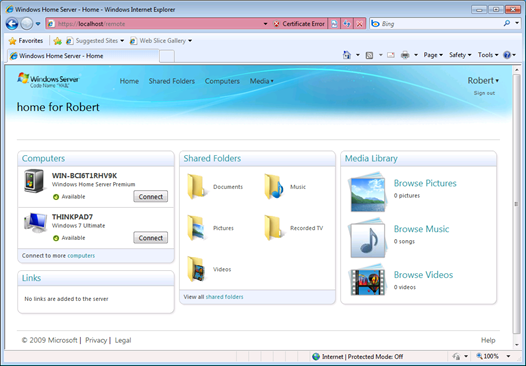 WHS “Vail” requires a system with at least 2Ghz x64 processor, 1GB of RAM, and a minimum of 120GB HDD. Here is a video walkthrough which shows lots of new enhancements in this upcoming server operating.

The bits for WHS “Vail” can be downloaded from your favorite content hubs. [via All About Microsoft]