Microsoft has today released an early, open-source version of its Windows Bridge porting tool for iOS, software that helps developers take apps and games made for iOS and port them over to Windows 8.1 and Windows 10.

The newly released software, open-sourced via the MIT license, was first outed at Microsoft’s Build conference earlier this year, where it was demonstrated by showing off an iPad app that had been ported over to run on Windows. Now, iOS developers who wish to make the same jump with their apps on Windows can do so with Windows Bridge for iOS already available to download via GitHub. 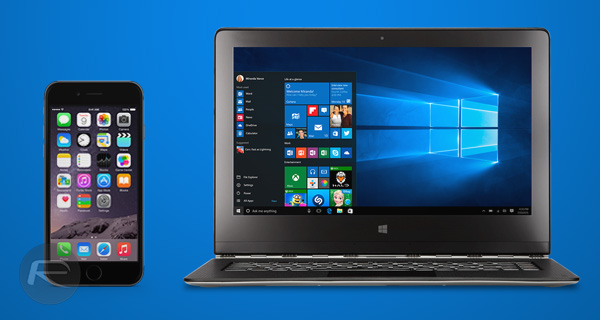 As Microsoft itself points out, the Bridge isn’t just meant for creating ports. It is actually made up of four distinct parts that allow iOS devs to create Windows apps with x86 or x64 architecture using their existing Objective-C code and skills; an Objective-C compiler, Objective-C runtime, iOS API headers/libs, and Visual Studio IDE integration.

We’re releasing the iOS bridge as an open-source project under the MIT license. Given the ambition of the project, making it easy for iOS developers to build and run apps on Windows, it is important to note that today’s release is clearly a work-in-progress — some of the features demonstrated at Build are not yet ready or still in an early state.

Windows Bridge for iOS is one of a group of four Universal Windows Platform toolkits meant to attract developers from other platforms, and is now the second tool to be made available, Bridge for web apps being the first. Windows Bridge for Android is in tow as a Limited Developer Preview while for the Classic Windows apps toolkit, Microsoft hasn’t provided much details as of yet.

Those wishing to give Windows Bridge for iOS a try can pick it up from GitHub right now.