WiGig 802.11ad WiFi To Bring Faster 8Gbps Speeds To Smartphones And Other Devices Next Year

Thanks to WiGig 802.11ad WiFi standard, smartphones, laptops, routers, tablets and other Internet connected devices are all set to get a lot faster from next year onwards.

The Wi-Fi Alliance, which has been tasked with certifying interoperability of wireless Local Area Network products since 1999, is in the process of certifying those aforementioned devices that includes a new super-fast WiFi standard called WiGig, which is looking to double the current top WiFi speeds of those devices that conform to that standard. 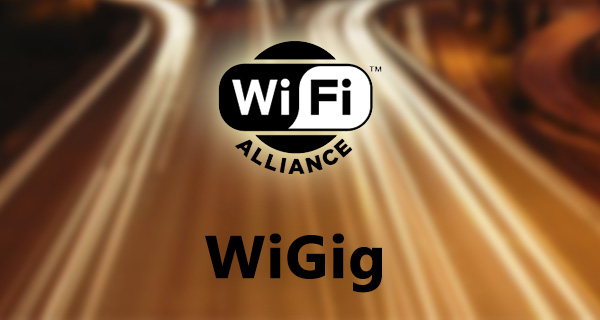 The Wi-Fi Alliance has stipulated that the new Wi-Fi standard should start to be found in those “marquee” devices starting from next year. That likely means that only the top-end laptops, smartphones, or the most expensive routers will come with WiGig compatibility, at least for a start.

The standard itself also has a much shorter ranger than currently used WiFi standards, with an operating range of approximately 33 feet, or 10 meters. That basically means that if you happen to own a smartphone or laptop that’s WiGig compatible, then in all likelihood it will need to be in the same, or adjoining, room to the WiGig router to get the full benefit.

Those limitations immediately show that more work needs to be done to either extend the range of WiGig, or use this as a foundation to actually produce the next standard that removes the current limitations, but also brings all of the speed and bandwidth benefits. With that said, there’s immediately a benefit to those individuals who might want to introduce some kind of virtual reality system into their lives. Current wireless standards simply aren’t fast enough to support high-end VR experiences, which means that devices are often tethered to hardware. WiGig eradicates that requirement, but within its own confines and limitations, of course.

There is also going to be a new wireless standard code to denote the fact that a product is WiGig capable; 802.11ad. Yes, that’s right, yet another crazy naming convention to wrap your head around. Most modern Internet devices offer support for 802.11ac, but with this move to 802.11ad means that the hardware is capable of the new faster wireless standard.

There are already a few very high-end routers in the market that are marked as 802.11ad compatible. Those devices are theoretically capable of delivering Wi-Fi speeds of 8Gbps, compared to the 4.5Gbps of 802.11ac devices. As for now though, WiGig in its current form should be taken as a stepping stone to things to come in the near future.