Chances are, if you’re a brave soul you’re rocking iOS 5 on your iPhone. Chances are if you’re a REALLY brave soul, you’re rocking a jailbroken iPhone with iOS 5 installed. If that’s the case, what’s the best way to take advantage of the new widget-y power of the new iOS 5 beta while leveraging the ability to run unsigned code from Cydia? How about a fancy new way to mange multitasking apps? Sounds good right? 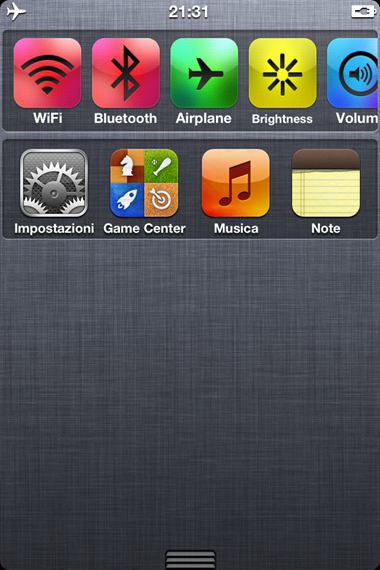 Created by the same people behind UISettings, WidgetTask takes the same multitasking tray we’ve grown to love and makes it into a fully-active widget inside iOS 5’s new Notification Center.

Replacing the need to double-tap the iPhone’s home button – a practice that’s no-doubt killed more than a few buttons including that of yours truly – WidgetTask attaches the familiar multitasking tray to the widget area usually reserved for Stocks and Weather information inside the drop-down window shade that is Notification Center.

This isn’t the first widget related tweak to come from developer Qwertyoruiop with UISettings performing a similar function to old jailbreak stalwart SBSettings. The tweak brings easy access to WiFi, Bluetooth and other settings to the Notification Center, showing just how powerful the new widgets could be if Apple were to open them up to 3rd-party developers when iOS 5 is released to the public later this year. Android developers already have access to the operating system’s built-in widget architecture and have shown that useful widgets can often remove the need to launch full apps when only simple tasks need to be carried out – hopefully Apple will allow iOS developers to also leverage the power of widgets in a similar way.