You may not know, but there are two different versions of the Galaxy S10 floating around. No, we’re not talking about the Galaxy S10 and Galaxy S10+, but actually the two different CPUs that are used in these phones. Depending on the territory you buy your Galaxy S10 in, you’ll get one with either a Samsung Exynos 9820 or Qualcomm Snapdragon 855 inside. Normally, that won’t make a great deal of difference to most people and in actual fact, we think the overwhelming majority of people can’t tell you which chip is inside their phone anyway nor should they have to even think about it.

As always, though, there are people who wonder which of the two phones performs the best and that’s what YouTuber PhoneBuff wondered, too. So he set out testing one of each handset to see which was the king of the hill and by how far. As always, his tests were conducted by launching a suite of apps with the help of a robotic arm in order to see which handset performed the best. 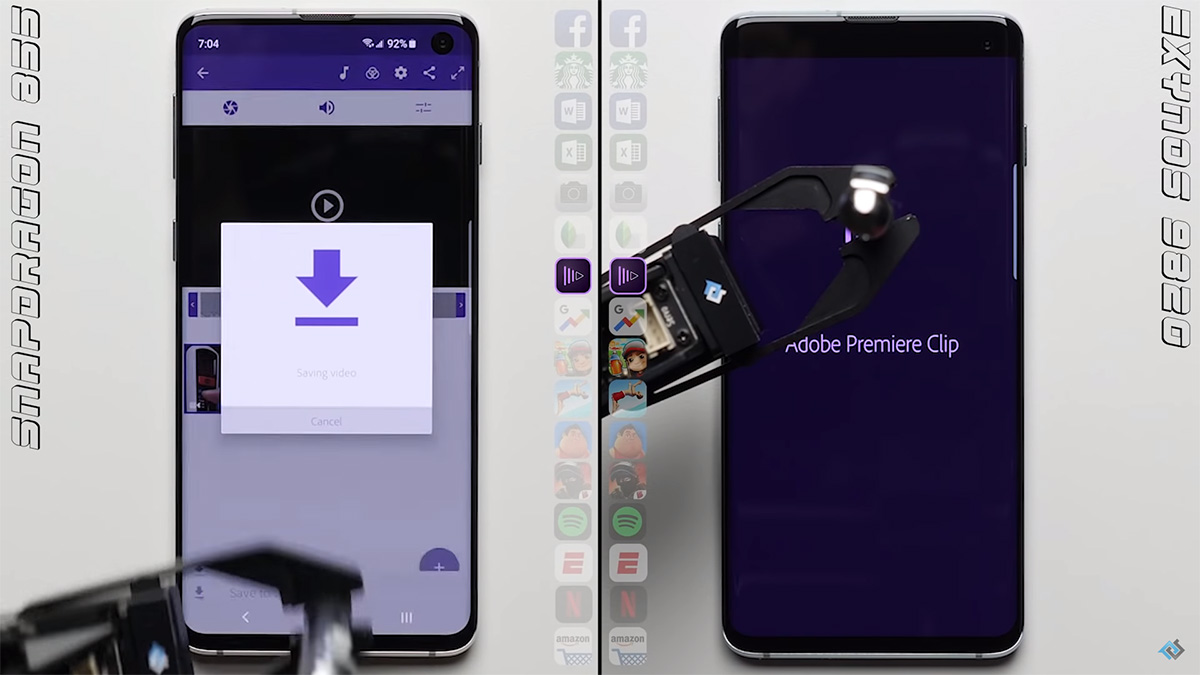 You can check the full PhoneBuff video out for yourself and at just over five minutes, there are absolutely worse ways to spend your time. Ultimately, the Snapdragon 855-equipped handset outperformed the one boasting the Exynos 9820, although, again, we’d debate whether anyone should really care and you’re certainly not going to be making any buying decisions based on this news.

That being said, if you like to see how almost identical phones perform when put to the test, this video is absolutely for you.