Facebook-owned WhatsApp pushed a new iOS update out to the App Store yesterday and while it might not have mentioned it in the release notes, the update appears to have paved the way for a feature that many have been asking for. If reports are correct, WhatsApp for iOS could be about to support media previews in notifications.

As things stand, anyone receiving media via WhatsApp will receive a notification where the media itself is replaced by a camera emoji, forcing users to open the app in order to see what was received.

The same thing happens when GIFs are received, with users simply seeing a space invader emoji in notifications. That looks set to change however.

The folks over at WABetaInfo spotted that WhatsApp 2.18.80 actually has the foundations in place to allow full media previews to work inside iOS notifications. Both images and GIFs are said to be supported, perhaps the two most used kinds of media that users are likely to receive. 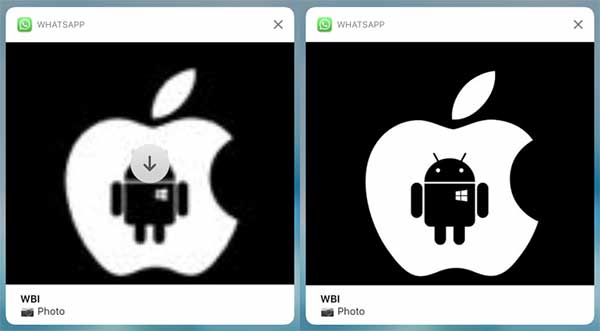 Features that did make an appearance in this latest WhatsApp update include the ability to use Siri to send messages to WhatsApp groups, something else that was inexplicably absent until now.

We have no timescale for what WhatsApp will officially support media in notifications but we can only hope it will not be too far away.