A newly leaked image is claimed to be of the unannounced Google Nexus tablet. Sporting a clean, black look, the tablet looks absolutely gorgeous, if not a little bare. Will it be enough to take on the iPad, though.

The iPad is selling like hotcakes, as if anyone seriously expected anything different to happen. With the competition severely lacking, Apple has the tablet market all sewn up, but Google is, as ever, looking to put the frighteners on those in Cupertino who are daft enough to rest on their laurels.

Part of Google’s tablet master plan is said to be the fabled Nexus tablet which, if rumors are true, will be made for the search giant by either ASUS or Samsung. With Samsung having already produced two Nexus smartphones, our money is on them once again.

Rumors also suggest that Google will sell the tablet direct to customers, as it did with the original Android device, the T-Mobile G1. The experience was not a good one for Google back then, but the company is much older and wiser these days and, hopefully, much more capable of pulling something like this off. Not having to deal with carriers will also help, we imagine. 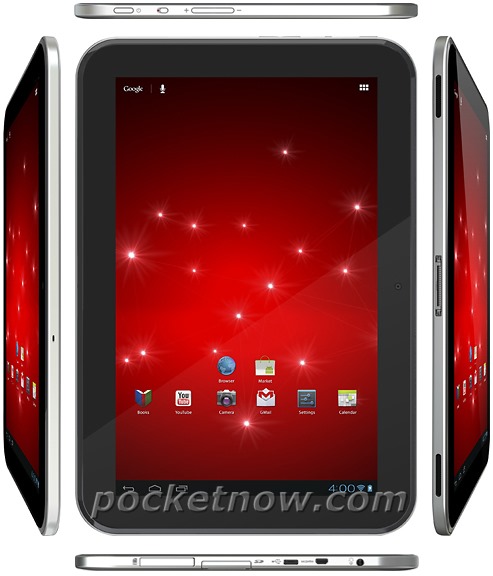 Little is known of that Nexus tablet, but a new image which has appeared today may just give is an insight into what Google has in store for us.

With no branding, the device looks like something that Samsung (or maybe ASUS) would produce, and with no third-party apps appearing on-screen, the possibility that this is indeed a Nexus device and looks quite good. There is no information to accompany the image, and those eagle-eyed amongst you will notice that the Android Market icon does not reflect the new Google Play branding. We suspect this says more about the age of the render itself, more than anything more sinister. Still, it’s worth taking this kind of thing with a pinch of salt, as always.

We’ll hold out until we see some more shots until we deem this to be the real Nexus tablet, but the signs are beginning to point to the device being real, and if Google can make a decent job of selling it, things may be a little more interesting in the tablet space this year.