Twitter is today celebrating its eighth birthday, and to mark the occasion, has introduced a new feature allowing users to find their first ever tweet. As the regular Twitter users among you will know, going back in time through your feed can be a cumbersome experience, and often, going right back to the beginning requires the intervention of a third-party utility. No more, though, for the new tool not only lets you check your own very first Twitter musing, but will also track down the first tweet of any other user of The Twitters, and we think it’s pretty cool.

While Facebook serves as an ongoing documentary of people’s lives, logging photos, events, check-ins and so forth, Twitter is often criticized for its "here and now" approach to social media. Users seldom browse back beyond a day or two at most, and it’s almost as though if all of Twitter’s data was removed from inception to the present day, it would only take a matter of hours before everything returned to relative normality. 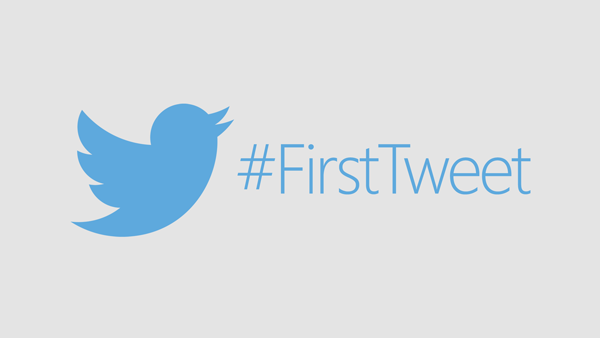 This new feature, rolled out to commemorate the eight birthday of Twitter, gives the service a little depth. Although many users have been registered to Twitter for a far shorter amount of time than the service has been running, revisiting that very first tweet is almost certain to have a nostalgic effect.

If you wish to check out your first tweet, or indeed the initial utterance of any other Twitter handle, then be sure to point your browser to discover.twitter.com/first-tweet, where you can enter usernames to your heart’s content.

Having given the tool a try, I discovered that my own first tweet, back in 2011, was a simple, two-word "yeah, right" – and if anything, my personal musings have become even less interesting since then!

Even though eight years seems a long time, in many respects, it feels like Twitter has always been a part of our digital world, such is the degree to which many of us depend on it. A quick form of communication, its decision to keep the character limit down to <140 is what keeps it free of excess clutter, and in serving as a social network, source of expression and a news aggregation portal in one hit, is likely to continue its stronghold upon our lives for the next eight years.