What Is Cydia Extender? [Everything You Need To Know]

What is Cydia Extender? How it works, and more importantly, what can it be used for? Here’s everything you need to know.

If you keep abreast of all of the comings and goings in the world of jailbreaking, then you will already likely be aware of the existence of a recently-released tool named Cydia Extender, as being made available by Jay Freeman Saurik. Here we’re going to take a look at what Cydia Extender is, how and why it failed to fulfill its primary focus, and if there is a future for it.

What is Cydia Extender?

It may have been introduced without much fanfare, but Cydia Extender is actually part of the latest Cydia Impactor release, and installs as its own app onto an iOS device. The package itself is designed to auto re-sign apps that weren’t installed via the App Store, and does so without the need to actually have a computer at hand, relying solely on a compatible 64-bit device it is installed on. One of the really interesting aspects of Cydia Extender is that once an app is signed by the package, it essentially stays signed for life as the solution automatically re-signs whenever required.

Catch? Requires a paid Apple Developer account to work, which as will be explained below wasn’t supposed to how it was originally meant to work. 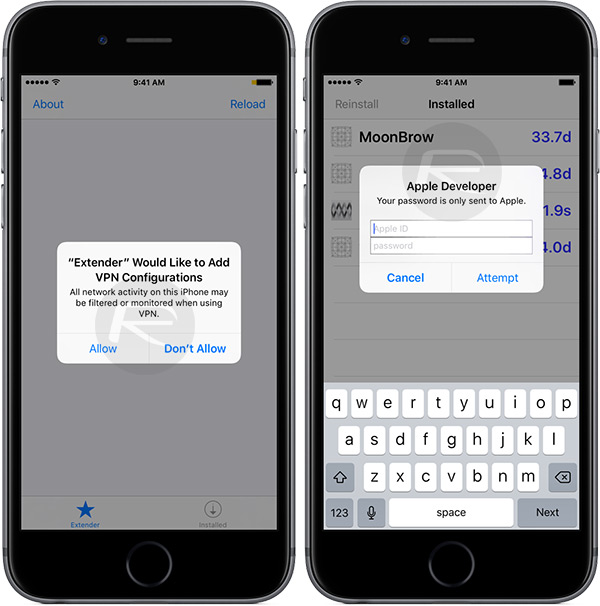 Is this Saurik’s solution for 7-day re-signing problem?

The answer to this is a little skewed. In theory, yes, the release of Cydia Extender was supposed to be Saurik’s solution to the common problem faced by jailbreakers where they are required to re-sign the sideloaded jailbreak app using a computer after free Apple ID certificate expires once 7-days are over. It was supposed to work with free Apple IDs but only after releasing it to public did Saurik realized that Cydia Extender requires paid Apple Developer account to work, killing the main purpose of it for most jailbreak users.

An oversight by Jay Freeman in development, but still with the output of a very worthwhile system. Unfortunately for jailbreakers, the requirement of a paid developer account means that it’s essentially useless for the purpose it was initially built and released for.

What is the future of Cydia Extender?

Jay Freeman himself is understandably dejected by the current situation that Cydia Extender finds itself in, he said himself that it “essentially became a complete failure in five minutes after release.” However, although it failed to provide the main functionality for which it was created, it will still be useful to those device owners who have apps on their device which need regularly signed, but who also have access to paid Apple Developer account.

In its current form, Cydia Extender may not be for everyone, but it still has a place for those, especially developers, who have the necessary account privileges and requirements.