We Could See Smartphones With 8GB RAM Soon, Thanks To Snapdragon 830

It’s probably fair to suggest that the majority of what we would classify as “normal every day” smartphone owners have no real idea about the physical limitations of certain aspects of their devices based on the components used. As an example, some consumers do wonder why smartphones can’t pack 6GB or 8GB of RAM. The amount of memory integrated into a device is generally limited by what the CPU is capable of supporting, but that could be about to significantly increase thanks to a new Qualcomm SoC release as per reports coming out of China.

The company behind the Snapdragon series of processors recently introduced the Snapdragon 820 into the world. That launch came approximately three weeks ago, meaning that manufacturers are now able to integrate that particular series into their devices and bring all of the technical upgrades that it provides. However, reports coming out of China, and in particular from analyst Pan Jiutang, are suggesting that Qualcomm is already planning the release of the Snapdragon 830 series SoC that has apparently been “confirmed” to carry the internal msm8998 codename. 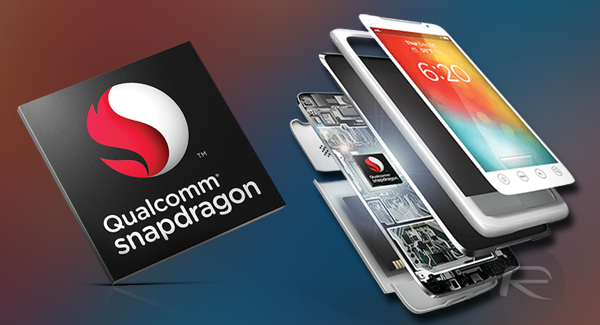 If this news about the release of the Snapdragon 830 by next year turns out to be true, then it looks as though we could be about to welcome devices into the market that could ship with up to 8GB of RAM. Not a lot of individuals were aware of these limitations, but in order to install that amount of RAM into a mobile smartphone or tablet, the integrated SoC needs to actually support that amount of memory. It’s not difficult to believe that Qualcomm is already working on a new 830 series that will represent the next-generation of its chips, but the focus on it supporting up to 8GB of RAM seems a little lost, especially in the mobile device world.

It is also being said that the new Snapdragon 830 chip would use a 10nm manufacturing process, compared to the 14nm used for the Snapdragon 820. This may give the 830 a slight edge over the 820 in terms of power consumption and better overall energy management.

Companies like Apple have continuously proven that there is a lot to be said for integrating smaller amounts of RAM and gaining additional performance through optimizing the software that runs on the hardware, rather than simply upping the amount of available memory and hoping for the best. It’s highly likely that any Snapdragon 830 series that eventually sees the light of day will have a lot more to focus on than just its ability to support up to 8GB of RAM, such as the speculated 10nm manufacturing process.