Wdgts Brings Its Famed Collection Of Widgets To Apple Watch

When Apple initially announced the Apple Watch, it didn’t really come as any great surprise. After all, it seems that a company like Apple simply cannot design and implement a new product range without some kind of leak making its way into the public domain. After the initial excitement surrounding the technical specifications and what the device would actually be natively capable of, the attention has now turned to what third-party developers will do with their software to get the most out of Apple’s “most personal product yet.” The Wdgts app, which has been readily available for Apple’s other iOS devices for quite some time, immediately seems like it could offer the perfect functionality for the small screen of the Apple Watch. Thankfully, its developers thought exactly the same and have released a 1.0.4 update to offer support for the Apple Watch.

The Wdgts app offers a beautiful set of widgets that are not only extremely easy to use but also something that the majority of users would find incredibly useful to have on any mobile device. The main apps, which has been available for download since September of 2014, offers eight widgets in total, ranging from a calculator and currency converter to a battery and memory performance indicator that are available as in-app purchases. However, it’s the recent Apple Watch support that we are currently interested in that brings four widgets directly to the user’s wrist. 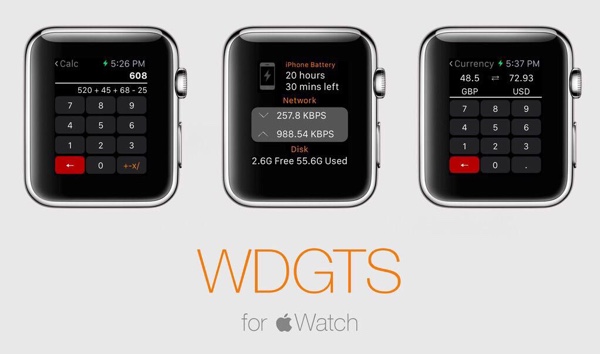 The recently added watch app not only cures an issue that the majority of us flagged up with the Apple Watch – the lack of a calculator – but also introduces three additional and extremely useful little widgets that can be accessed via Apple’s intelligent timepiece. The calculator widget is perfectly designed for the small screen of the Apple Watch and synchronizes with the iPhone version of the app. In addition to bringing quick maths to our wrists Wdgts also offers an efficient currency converter that syncs with the iPhone’s currency as well as timezone widgets and a small widget that immediately shows concise statistics directly from the connected iPhone. 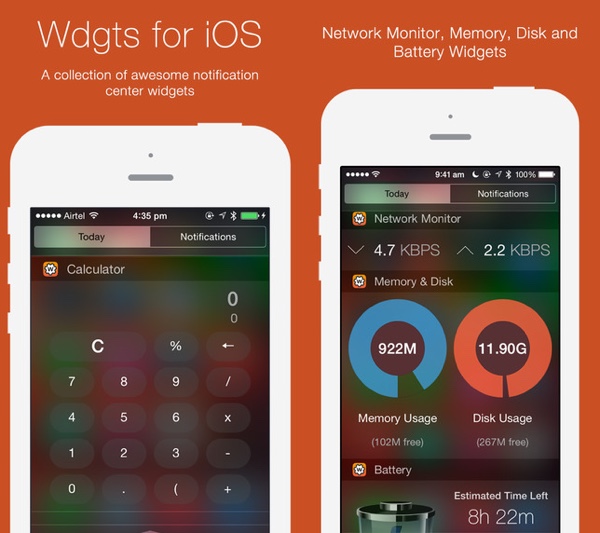 It looks extremely likely that more widgets will be made available in future versions of the Wdgts app, but for now, it’s great to see established apps embracing the Apple Watch.

(Source: Wdgts for iOS on the App Store)