You may remember Consumer Reports as the outfit that has dinged Apple on more than a few occasions for what it deemed as poor design decisions for devices such as the iPhone 4 but even Samsung is not immune to its criticism.

This time around it’s the turn of the company’s Galaxy S7 Active, Samsung’s supposedly ruggedized version of the flagship Galaxy S7 has fallen foul of Consumer Reports stringent testing, and while you might imagine that the issue may be something such as poor reception of bad screen quality, the actual issue is one that’s far more worrying. 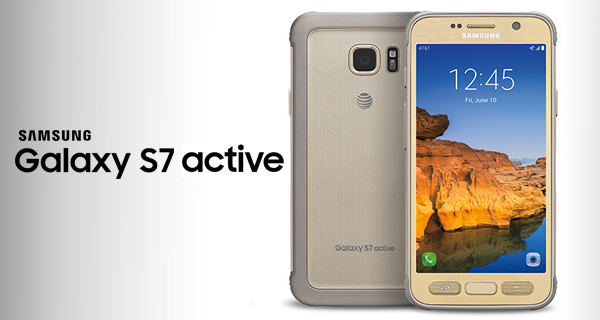 According to testing carried out, Samsung’s Galaxy S7 Active isn’t quite as waterproof as the company would like to claim. In fact, it’s not waterproof at all if this test is to be believed.

For those unfamiliar with the Galaxy S7 Active, it is “IP 68 certified” meaning that it is supposed to be capable of being submerged in liquid in up to five feet of water for 30 minutes. Customers pay an extra $100 on the price of a normal Galaxy S7 for the device that is designed to be more rugged than its easily broken brethren, but poor construction means that anyone getting their Galaxy S7 Active wet may be in for a spot of trouble.

During tests carried out on two devices – after one failed, Consumer Reports tested another just to be sure – the Galaxy S7 Actives were submerged in water, however the “screen flashed green and other colors and didn’t respond to touch” during those tests, suggesting water was getting into the devices somewhere.

Small bubbles appearing within the camera module suggested as much, with gaps between panels on the device’s body said to be the likely intrusion point for the liquid. The Galaxy S7 Active is also claimed to be capable of withstanding “drops of up to 5 feet on a flat surface,” though Consumer Reports did not get as far as testing that claim.

Today is not a good day to be part of Samsung’s quality assurance team or indeed its hardware design team.