A number of people who were brave enough to install watchOS 5 beta 1 or beta 2 on their Apple Watches have begun to report that one of the software’s new features has just begun to work. Announced on-stage during WWDC and apparently not live following either watchOS 5’s initial beta 1 or beta 2 releases, Raise to Speak is a new feature that allows users to raise their wrists and then speak without having to say “Hey Siri” in order to get the watch’s attention.

According to multiple people, this feature is now live.

Of course, in order to test this new feature out, you will need to have either watchOS 5 beta 1 or beta 2 installed, and we strongly recommend that you do not do that on your personal Apple Watch because, frankly, the beta is in a pretty poor state. There is currently no public beta program available for watchOS, as there is for iOS, and for good reason.

That being said, if you do have watchOS 5 installed, you can head into Settings > General > Siri and select the option by making sure that Raise to Speak is toggled to the ON position. It’s possible that the button will not be there for you, so sit tight and check back later because it appears that this new feature is still rolling out to users in batches rather than via any particular watchOS update. 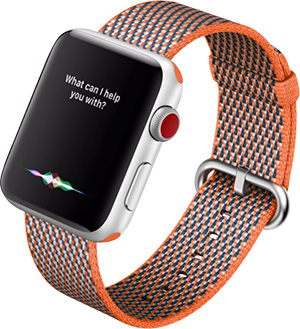 With the option turned on, users can raise their watch until the face turns on and then speak their request before waiting for Siri to respond. The removal of the requirement to say “Hey Siri” is one that we expect to take time to really settle in for users, and we’re super-curious to learn how well this works.

False activations are surely going to happen, but we’ll reserve judgement until we can see this in action for ourselves. Hopefully, Apple has added its usual magic sauce here.