Alongside iOS 10, macOS Sierra, and tvOS 10, Apple also introduced third major software installment for Apple Watch called watchOS 3 at the recently concluded WWDC 2016. This new software update includes much needed improvements and some notable features for the wearable such as faster app load times, new watch faces, and more. Here, we have gone hands-on with watchOS 3 to show you guys some of the best features that are coming to Apple Watch with watchOS 3.

Even though watchOS 3 is still in beta, the performance enhancements are noticeable, especially when it comes to loading apps. Apple has made great improvements to the way apps take advantage of the available memory and as a result apps are super fast to load, as can be seen in the hands-on video below. 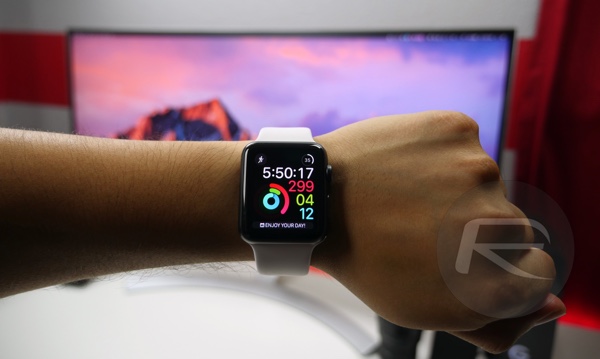 In addition to the faster app load times, you also get some familiar iOS features ported over to watchOS such as the new Dock and Control Center. Glances are no longer there as faster apps + Dock replaces them. Friends section is gone as well, though Digital Touch features from Friends section are still there and can now be found as a option in Messages app.

Changing watch faces isn’t such a hassle anymore because you can easily toggle through your faces by swiping from edge to edge. With iOS 10 + watchOS 3, you are also able to easily customize and create watch faces right on the iPhone by using the updated Watch app on iOS.

There are some features that we were not able to demo, because they are not active yet, such as SOS where you can quickly call for emergency services like 911 by holding down the side button on your Apple Watch. This feature will automatically call the local emergency contact number depending on which country you are currently located in.

Another feature is unlocking your Mac running Sierra while wearing Apple Watch. With this feature, when you are nearby your Mac, it will log you in automatically without the need to remember or enter pesky passwords.

There are of course other improvements and features in watchOS 3 as well, you can see them all in action in our video demo below.

Features to expect in video: