Watch The iPhone Home Screen Do The Harlem Shake [VIDEO]

It is starting to get a little tedious now, but you still have to admire the ingenuity that people are applying into finding new ways and locations to record one of those increasingly annoying Harlem Shake videos. We’ve seen airline staff taking the limelight. We’ve seen Australian miners staring danger in the face by recording themselves performing an underground version of the dance as well as multiple military parades breaking into the trend. It seems that not even technology is exempt from this craze, with jailbroken iPhones also getting involved in the action.

Why would we want to watch a bunch of so-called professional employees slacking off from their high paid positions to take part in this dance craze when we could watch a bunch of app icons and user-interface elements getting down on a Retina display? The video of the Harlem Shake jailbreak edition was placed on YouTube by Filippo Bigarella, who is a well known face in the jailbreaking world due to his numerous powerful tweaks. 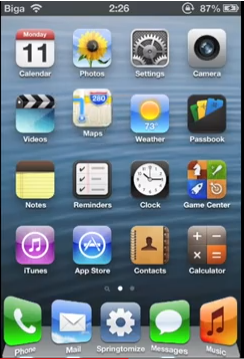 In terms of usefulness, it doesn’t really come with any. In terms of being entirely unique, we are pretty sure that there is nothing else like this on Cydia. The novelty of the package will wear off very quickly, but it’s still great to see the jailbreak world injecting some fun into the community and keeping up with current trends. Plus, it’s also nice to see all of the varying animation types being applied to the different elements and controls that make up the iPhone interface. 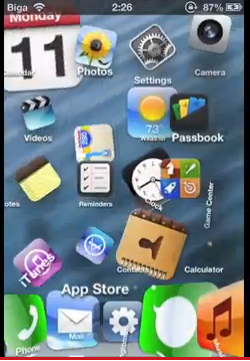 Filippo Bigarella has not made his tweak available for download on Cydia yet, but he might do so in near future.

Update: The tweak’s name is ‘Harlem Shake’ and is now available to download from the BigBoss repo.