The Samsung Galaxy S6 is almost here. Set to be announced at the confirmed Unpacked event in advance of the Mobile World Congress in Barcelona, it’ll be quite a departure from its predecessors in terms of profile and form factor. As is often the case with Samsung, the promotion has begun way ahead of launch, and the latest sneak peek from the Korean company offers yet another look at the sleek outer shell that will envelop the device.

The Galaxy Note 4’s arrival late last year was accompanied by the Note Edge, which features a curved display that paves the way for additional functionality. Although neither Note sold in particularly impressive numbers – the presence of the enlarged iPhone 6 and iPhone 6 Plus soon saw to that – the Edge was the subject of positive reviews, and as such, it makes sense got Sammy to repeat the trend with its flagship range. 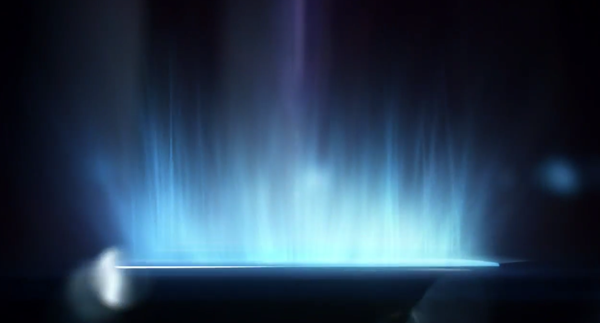 Indeed, the latest pre-Unpacked teaser does hint at the Galaxy S6 Edge, which will arrive complete with a curvaceous display akin to its larger, slightly older cousin, and given what we’ve seen so far through leaks and whatnot, it may well be the more favored of the two Galaxies.

Whether it’ll turn Samsung’s fortunes around after a decidedly bleak 2014 remains to be seen, but with an improved camera, processor and display also on board – as well as the latest Android 5.0 Lollipop software from Google – it’s fair to say that the Tizen maker is setting a standard that the likes of HTC, LG, and later Apple, will have to compete with.

A curved display could be construed as a gimmick, but the Note Edge has already proved to many that there’s substance to this emerging trend of panels that deviate from flatness. Given that Samsung is renowned for its display technologies – perhaps more so than its smartphone endeavors – it’s fairly safe to assume that if these handsets do serve up more disappointment, the screens will not be culpable.

Mobile World Congress kicks off a week on Monday, and by then, we’ll know exactly what Samsung has been half-trying to keep under wraps.

In the meantime, check the clip below, and do let us know what your feelings are regarding the Galaxy S6 by sharing your thoughts in the comments section.