Yesterday, we shared with you that YouTube v5.0 had been seeded to users by Google. Up until now however, this new version has been reserved for Android users, but we quickly found out that an iOS version was on the horizon – and it just dropped onto the App Store in the form of YouTube v2.0 for iOS. As Ben pointed out in his earlier post, the biggest change in this update is without doubt the new in-app multitasking functionality that allows you to watch a video, and browse the app itself with ease simultaneously.

This may seem like a rather ‘first world problem,’ not being able to exit out of a video to find another one, but the functionality provided with this update is incredibly useful. There are times where you may want to watch a video, whilst searching for the next in the series, or you may just want to do something else inside the YouTube app without exiting the video. 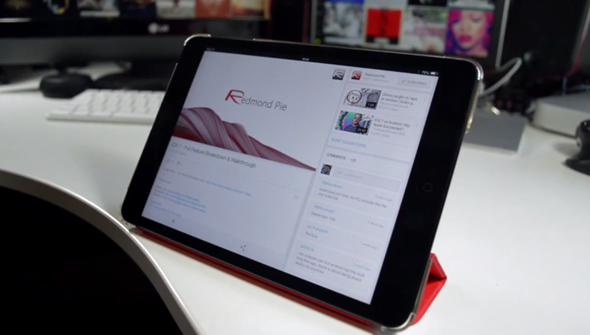 This update brings one of the main attractions of a desktop computer to the YouTube app for both Android and iOS. We’ve put together a hands-on video of the new update, so you can see what you should expect before you download. We’ve covered both the Android and iOS versions, I have to say, this functionality is my favorite on the iPad.

Something that is particularly interesting in this update is the updated user-interface. The change is quite small, at least, you shouldn’t notice anything too drastic. However they are changing the interface to improve consistency with some of their other services. Each video is now indicated by a ‘card’ much like you see within Google Now on Android, or the Google Search / Google+ for iOS apps etc. This isn’t a particularly negative thing, since the design route that Google is taking tends to be cleaner and feels slightly more efficient. 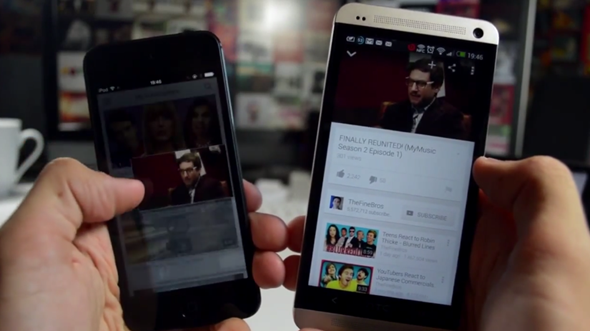 There is also some fantastic user experience additions included with this new update. For both iOS and Android, the hamburger menu (pull out from the left) has been rethought to improve the experience. The new multitasking functionality is one of the slickest processes I’ve used within an app on a mobile device, it’s really something you have to experience yourself to appreciate. Certain additions, such as the fade out of video audio as you dismiss the app, just make the app feel great to use. If you’re interested in downloading the new update for either Android or iOS, both are available within the Google Play store or App Store respectively.