Fans of VoIP app Viber will today have noticed that an update to their free calling and texting app of choice has popped up, assuming they’re using a Windows Phone 8 device that is.

Viber is one of the most popular VoIP apps around, which is saying something when you remember some of the competition that is out there. With free calls, text messaging and the ability to send free photo messages, Viber’s cross-platform applications are favorites for many.

Those with Windows Phone 8 handsets are in for a treat thanks to a new update that can be downloaded for free right now. The redesigned app builds on the already relatively solid offering, adding HD sound to those free calls as well as a bevvy of new features.

Fans of Windows Phone tiles will appreciate the ability to add conversations to their handset’s home screen via one of those Live Tiles, and lock screen notifications are also aimed at keeping users in the loop when it comes to their ongoing conversations. 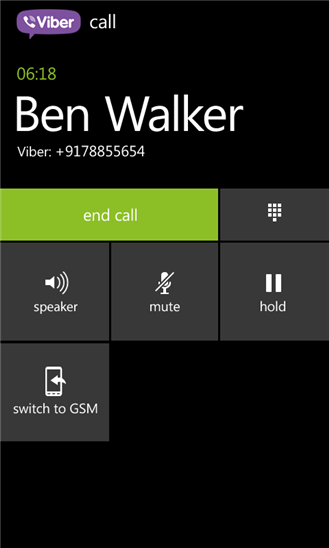 The app has had an overall lick of paint, too, though it is still undeniably a Windows Phone-type interface that users will either love or hate. We like the Metro / Modern interface, so it’s a winner for us. The app has also received some performance improvements, too.

Group conversations are also catered for here, with chats including up to forty people the order of the day. That’s a lot of people in one chat window, and we’re not sure how usable that will actually be. Regardless, it’s a feature that some will no doubt get some use out of. 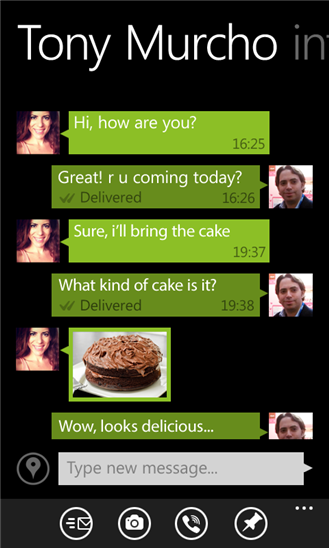 Other improvements in this latest release of Viber for Windows Phone include easier sharing of photos and better support for sharing a user’s location with their friends.

Viber faces stiff competition from the likes of Skype which, especially now being owned by Microsoft, is possibly the most famous of the myriad VoIP apps that are out there. Other alternatives do exist, especially if you just want to be able to send free cross-platform text messages. If it’s an all-in-one solution that you’re after though, you can do a lot worse than give the excellent Viber a try.