Using Origami as a free alternate to Windows Media Center

Not many of you would know that you could actually run Microsoft Origami Experience 2.0 on your regular Windows Vista machine. Origami offers touch features

and is basically designed for Windows Ultra-Mobile PCs also known as UMPC’s which are running Windows Vista. You would be wondering what’s the use of running a software optimized for touch screens of UMPC’s on a regular machine? Well for those of you running Windows Vista Business which does not have the privilege of Windows Media Center could use Origami to have some sort of similar experience to Windows Media Center. Ofcoarse Windows Media Center is much superior to Origami and is completely meant for entertainment purposes of living rooms but since Windows Vista Home Premium and Ultimate editions comes pre-installed in most notebooks and they already have VMC so many of us already use it just to listen music or watch videos using the beautiful interface without having to use its TV features. But what about those who have Vista Business edition? Well there is a good news for them. If you are a Vista Business user who want to have a similar kind of cool looking interface to run your Music, Videos or see your pictures then Origami is not a bad alternate to VMC. 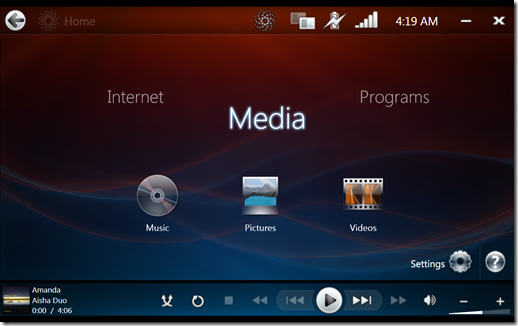 Origami consists of three elements: Origami Central  is the main program which consists of a portable browser, a media interface to run music, videos and pictures in Windows Media Center kind of a experience and a RSS reader. Next is Origami Now which features local weather forecasts, email, and to-do widgets as well as an beautiful RSS reader. This RSS reader is very nice looking and I use it quite regularly. Last but not least a Picture Password which replaces the traditional password on your Windows login window to login using a picture puzzle. Picture Password is a great idea for touch screens and this is probably one feature which would be a part of Windows 7 as Windows 7 is going to support multi-touch natively and by then notebook’s with multi-touch displays would be a standard. 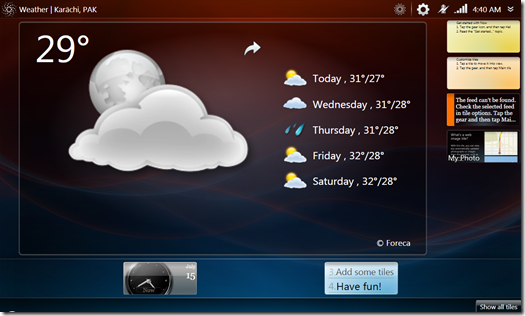 Origami may not be the best of options for Vista Business users to use it as an alternate to Windows Media Center and neither it is meant to be one but its still a great free application specially for those who want to have Windows Media Center kind of experience for free. I have Origami Experience 2.0 installed on a Vista Ultimate notebook and use it time and again when I get bored of Windows Media Player or Media Center for that matter. I will recommend you all to try it. 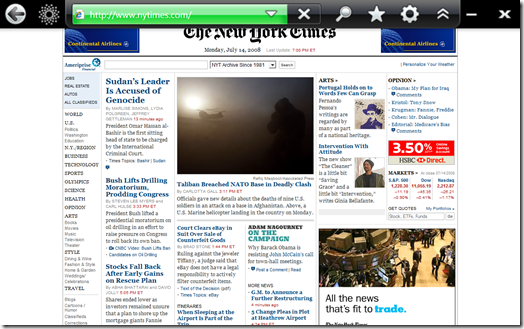