It’s almost a fact of life that no product is complete. one way or the other. Despite some gizmos leading the market whilst others fail miserably, there are still features both the hardware and within the operating system that we sometimes wish were interchangeable. 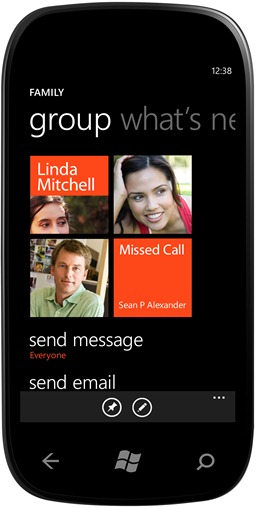 Those familiar with Microsoft’s mobile ventures will be fully that Windows Phone 7 is the Redmond-based company’s mobile OS successor to Windows Mobile, yet the two operating systems are like chalk and cheese. Whereas most upgrades tend to show at least a significant quantity of its predecessor’s traits, Windows Phone 7 is a complete revamp both visually and productively.

I think most would agree that WP7 was a marked improvement on Windows Mobile and dragged Microsoft’s firmware into the current. Having said that, there are still a few limitations when compared with the previous version. Following a similar pattern to the likes of iOS and Android before it, some of the freedom seen in Windows Mobile is definitely lacking in WP7. Given most of the major companies’ often over-zealous stance on modification due to the fear of piracy, this is hardly a surprise, but that doesn’t change the fact that many of us tech enthusiasts love having the option to customize and tailor an experience to the Nth degree and add some apps which haven’t been vetted or given any seal of approval.

Luckily, we have the developers on hand to accommodate us. The Dark Forces Team, or DFT, has just released an updated version of its Freedom Mango ROM – which is developer unlocked by default – and allows WP7 users to download and install apps directly through the browser. A note from the changelog states:

"You need just enter the URL to XAP file and it will download and install it.
Note, the start and the end of installation signaled by sound Beeps, no UI provided yet.
It’s recomended to turn sound before installing it."

Obviously, using a custom ROM opens the backdoor, if you like, of your device and your applications will no longer be installed via a moderated in-house system. This does render your device a higher security risk, although one suspects that those running custom ROMs either aren’t concerned, or take the necessary steps to deal with that constant fear.

Although there’s not as much of an outcry for WP7 custom ROMs in comparison to Android, that doesn’t stop the talented developers from putting the options out there. If you are already a Freedom user and wish to update, or are interested in learning more, then you should check in at XDA Developers for more.