Google only recently announced its new Chromecast streaming device, which, in a nutshell, attempts to turn your normal, run-of-the-mill HDTV into a modern, all-singing Smart TV. While the concept is great and the price – at just $35 – is even better, the streaming is options are somewhat limited, and besides Netflix, you can only really push content from YouTube or the Play Store. Of course, it won’t always be this way, and we expect many other such services to bring support for Chromecast at some point in the future, but if you’re the impatient kind and don’t wish to wait for the updates, there’s a little CyanogenMod tweak soon-to-be available that will let you stream from essentially any app.

CyanogenMod, for the uninitiated among you, is a very popular after-market firmware for Android devices, and with great versatility, is considered by many to be one of the best in its field. It offers a deluge of features and options you’d never get with stock Android, and with a dedicated team of developers behind it pushing regular updates as well as nightly builds for the extremely dedicated, is like a little community. 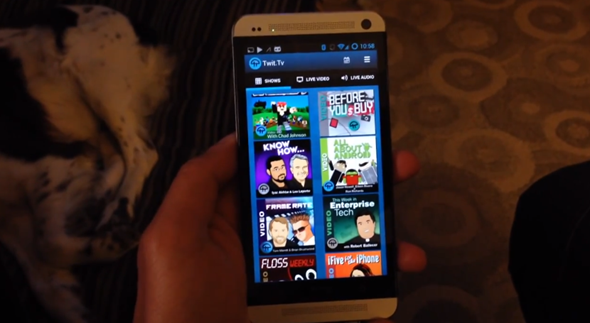 If you’ve dabbled in CyanogenMod before and are familiar with the ropes, it could be your ticket to a more open, usable Chromecast.  CyangoenMod dev Koushik Dutta has been looking for a way to modify CM to support better Chromecast streaming, and now, he has come through with something particularly useful.

The CM tweak is still a work in progress, and since it only allows support from the stock Android media player, might not be the complete solution many were looking for. Still, since many apps do, in fact, use the native app for video playback (or at least, offer the option to), this stop-gap fix should allow Chromecast users just that little bit more lee-way.

So, you should soon have little trouble streaming video or audio files from your device straight to your TV via Chromecast. There’s also a video demonstration of the tweak in action, so as to give you an idea of how the whole thing works:

The latest build of CM is not out just yet, but when it lands, we’ll be sure to give you guys the heads-up!