iOS developers ih8sn0w and Winocm have been working together on the iOS 6.1.3 untethered jailbreak for a while now. Today they have released a new video showing the untether working on a 5th-generation iPod touch 5. 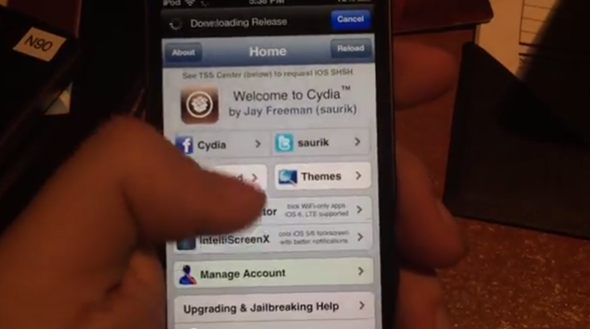 So why is this not public yet? According to the video description on YouTube, some of the vulnerabilities used in this jailbreak are still available in iOS 7.

For those of you who are waiting for iOS 7 jailbreak, there hasn’t been much progress on it, except that it’s still being worked on by a separate team named Evad3rs, and there is no ETA in sight for it either.

Like always, we will keep you all updated whenever there is any further progress on the jailbreak front. Given the higher adoption rate of iOS 7, I don’t know if anyone would care for an iOS 6.1.3 untether at this point. Are you running iOS 7?, or still on iOS 6.1.x waiting for jailbreak? Let us know in the comments section below.