Back in July, we discussed an app called Savi People that provided a very powerful unified communication experience by integrating your iOS device’s contacts with friends on Facebook, followers on Instagram and Twitter, and connections on LinkedIn. It has been updated to version 1.3 now which includes an important group-messaging feature, and the developers have also released a free, limited version alongside as part of the update. Check it all out after the jump.

Savi People is a very powerful Contacts app replacement. So powerful, in fact, that it’s actually overwhelming at the beginning to be able to control and communicate across all these networks in one app. 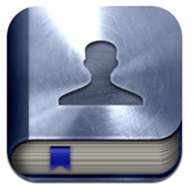 With Facebook integration, you’re able to transfer just about every single piece of information on your friend’s Facebook profile – profile picture, current job, birthday, “about me” description, official website – to their saved contact under Savi People. Twitter and LinkedIn integration works in a similar manner.

Once you go through the tedious process of linking your contacts across multiple networks and your own address book, you can call, FaceTime, text, email, write on wall of, direct message your contacts in just two taps. To further aid users, the app lets you choose favorites for easy access, and manage groups of people at a time.

Speaking of groups, the main new feature in Savi People’s latest version is group messaging. After tapping a manually created group, you can choose to text or email them, write the content of your message and send it away. If the members have multiple numbers and IDs, you’re asked to choose the default ones the first time, but not after that.

Savi People also has a free version called Savi Contacts that doesn’t include any social network integration. This might actually be the version of Savi to get, as for certain users, the integration of so many networks may be an extra burden they don’t want on their shoulders; they just want a contacts app that improves on Apple’s Contact app.

My gripes with Savi People include a sloppy initial user-experience when setting up, as it doesn’t use the Facebook app or built-in Twitter Accounts to login, you have to manually enter the username / password combination instead. In addition to that, automatic linking doesn’t work well either, as out of 370 Facebook contacts and 691 phone contacts, it was only able to suggest 11 matches.

The UI itself has confusing elements. It feels overly congested.

To add new contacts for example, you have to tap the button that is usually reserved for sharing in iOS apps (rectangle with an arrow pointing to the right top right); a + button would’ve been a better decision.

The omni-present networks tab on the top – which lets you select the contacts to see according to their network – could have been tucked away under a separate button to make space for the actual contacts.

It’s a bunch of small UI-related issues like the ones mentioned above that detract Savi People’s overall experience. You should still try out Savi Contacts (free) though, as it is feature-wise a marked improvement over the built-in Contacts app. If you feel comfortable with the UI and wish for tight integration with your online networks, go ahead with Savi People.