One very small area where Android could take a lot of improvement is its wallpaper cropping tool. For most people, this isn’t really an issue, but with enthusiast folk who like to work on every fine detail of their homescreen setup, a good wallpaper is considered to be one of its integral parts.

Now, if the built-in wallpaper cropping tool doesn’t work, what do you do? On iOS, you would be stuck with it forever (unless you jailbreak and there’s a relevant tweak on Cydia). On Android, you look for third-party alternatives and we came across one today. It’s called Ultra Wide HD LWP and you can check it after the jump!

Developed by lithium76 from popular Android development forums XDA-Developers, Ultra Wide HD LWP is a powerful wallpaper editing tool that lets you use a image as a wallpaper that way you want it, not inhibited by any of Android’s built-in wallpaper-selection tool’s limitations. 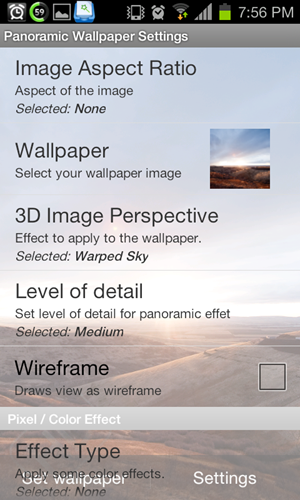 When you launch Ultra Wide HD LWP, it takes you straight to Android’s Live Wallpaper menu from where you have to select Ultra Wide HD. From here, you can jump into settings from where you can edit the selected image’s aspect ratio, its level of detail, a wireframe, the type of effect to apply to it (think Instagram-type filters) and select an overlay to name a few things. Once you’re done, you press the Back button on your and then tap Set Wallpaper to do the deed. 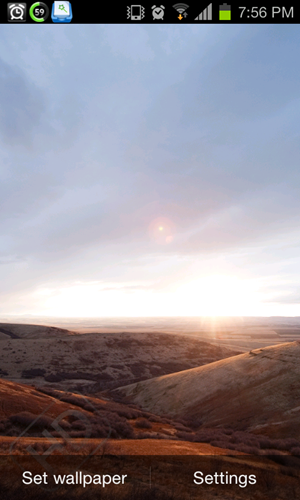 We previously covered an app called Wallpaper Wizardrii that basically had the same intention behind it (to be a better wallpaper selection/editing tool), but in our time with both it and Ultra Wide HD LWP, we found Ultra Wide HD LWP to be the app for the simple reason that it is a whole lot easier to understand and use.