Following on from the news that the TSA was banning air passengers from boarding flights with gadgets that were powered down or could not be turned on, the UK’s Department for Transport has followed suit, with certain flights and routes set to enforce similar action on gadgets that appear not to be in use.

Most, if not all air passengers carry at least a smartphone with them when flying, which makes sense given the amount of time spent in one place. Many of us would struggle to sit through an entire journey without our favorite movies, songs, games or books on tow, but if you are heavily reliant on your smartphone, tablet, or similar device, you will need to ensure that it’s charged up and ready to rock before you check-in. 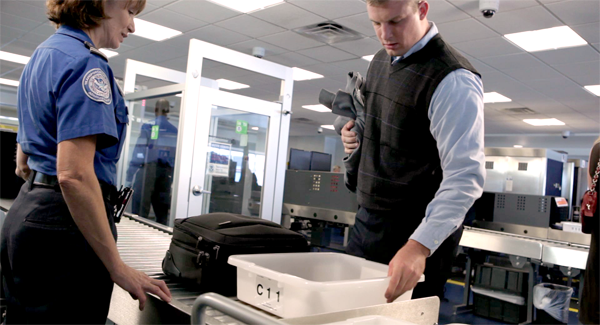 As mentioned in our earlier coverage on the US Transportation Security Administration’s move to ban powered-down or non-working devices on passenger planes, the increased threat of terrorist attack has prompted these authoritative bodies to take action, and with the TSA having only made its announcement over the weekend, the Department for Transport in the UK has done likewise.

The move doesn’t seem as hard-line in the UK, mind, with only certain journeys requiring this additional, if somewhat over-zealous measure. On some routes, which aren’t being specified for obvious reasons, users will be forced to prove that their devices can be powered on and used, “or face not being allowed to bring the device onto the aircraft.” A little harsh we must say, but a measure taken to heighten security for those who are travelling.

This decision is more than likely to ruffle a few feathers, but at the same time, there is always the possibility that somebody could use the unsuspecting nature of a smartphone to, say, perform an uneventful act of mischievousness.

The guilty until proven innocent nature of this new initiative is not something that British folk are used to, and as such, there’ll no doubt be a cynical response to this whole idea. However, you can see where both the Transportation Security Administration and Department for Transport are coming from, and at the end of the day, it’s better to be safe than sorry.

What do you make of all this? Do share your comments below!