Ride sharing firm Uber has today taken the wraps off its newly updated app, with the refresh being the first since the last time Uber gave its main app a lick of paint back in 2012. The app, which is rolling out to iOS users today and Android phones over the next few weeks, puts greater emphasis on ride destination prediction, amongst other things.

It’s that prediction system that is at the heart of the new app. 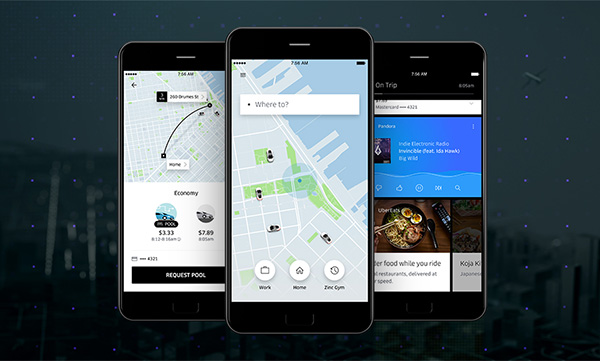 According to an announcement post on the Uber blog, the app can now predict possible destinations based on past rides and will soon be able to also tie into a user’s calendar in order to best predict where they may need to be at any given time. It’s this that Uber believes will give the app some additional pizazz.

The new Uber app learns from your routines. So if you’re a frequent rider you’ll see “shortcuts” that predict where you could be headed. This means you can get moving with just one tap. Soon you’ll also be able to connect your calendar with Uber. Once you connect, your meetings and appointments will automatically appear as “shortcuts,” saving you the hassle of digging through another app to find the right address.

Things go a little further when a user provides Uber access to their contacts, because the app will then be able to set people as destinations, rather than places. If you are meeting a friend for lunch and that friend shares their location with the app, the updated Uber app will be able to direct a car straight to that person’s location rather than having users text back and forth to ensure they are meeting in the right place. If you’ve spent time trying to find someone you are meeting, this will immediately seem like a genius idea.

Fare splitting and estimated times of arrival for UberX and UberPOOL rides are also two additions that arrived as part of the update, and the app generally looks more modern. If you’re a heavy Uber user, this will likely be your new favorite app.