Typo, the case + physical keyboard hybrid for the iPhone is back. Typo2 for the iPhone 6 is now available and the company behind it has designed the keyboard from the ground up to avoid further legal challenges that Typo was prone to with its original design.

When Typo originally shipped its physical keyboard for the iPhone 5 / 5s, the product was forced off the market following a lawsuit by BlackBerry, citing that the keyboard’s design infringed upon company’s own physical keyboard design. 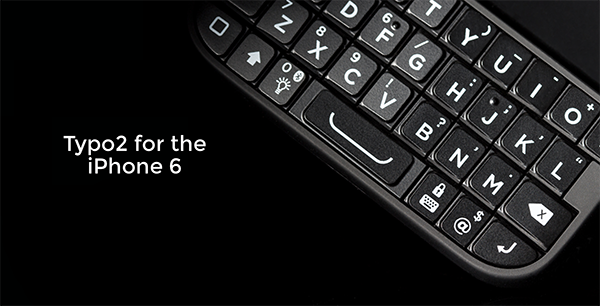 BlackBerry easily sports some of the best physical keyboards available on mobile devices, but it was not Typo’s to copy. Quite some time later, the small startup which debuted its out-of-luck keyboard at CES has now come out with Typo2, and this time the layout is modeled on the iPhone’s own software keyboard to compliment the overall Apple experience.

The keyboard on Typo2, for obvious reasons, does cover the Touch ID Home button on the iPhone 6, but according to CEO Laurence Hallier, the true fans of Typo would gladly give up access to the fingerprint sensor if that means they can type messages more easily and comfortably. 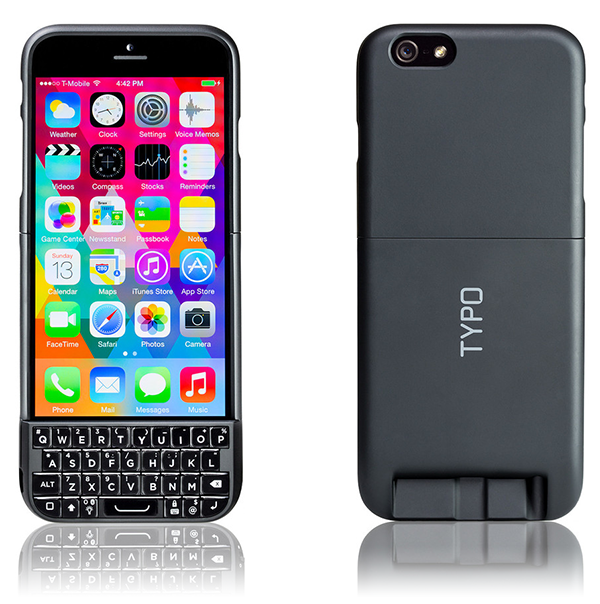 According to Hallier, the company tried a design for the larger iPhone 6 Plus as well, but dropped the idea given the already considerable dimensions of the smartphone, since an additional keyboard would definitely be increasing that further. “We designed one, but the phone is so big, it makes it top heavy.” Hallier said. Typo is trying to approach the iPhone 6 Plus with a totally new design, but it will be some time before it is released.

The company today has 20 employees, and has sold thousands of Typo keyboards, reaching 84% of the Fortune 1000 companies.

Typo2 for iPhone 6 is available for $99, and is now up for pre-order. Those with an iPhone 5 / 5s can grab one for their phone as well, and is priced at $79. Simply head over to: typokeyboards.com to order yours.