Aside from Facebook, which is fast-approaching the magical billion milestone of users, Twitter is the most popular way for people to express themselves, sharing their lives, images and whatever they please – provided words are kept to the strict <140 character limit.

A cornerstone for celebrities and their fans to communicate, the improvement of mobile devices over the past couple of years has meant tweets can be sent in an instant, and as with any social network, the official, default app is the most downloaded.

Of course, the fact it is most downloaded doesn’t mean it’s the best, and in fact, it has been outshone by dozens of others. Much like the iOS version of Facebook prior to the 5.0 update, Twitter for iPhone, iPad and iPod touch users has not cut the mustard compared to the likes of Tweetbot.

Still, if Zuck and crew can finally get things right after so many bad releases, there’s no reason why Team Twitter cannot do likewise, and although the latest version of the hashtagging frenzy isn’t quite up to the level of Facebook for iOS yet, it does look to be a significant improvement on the last. 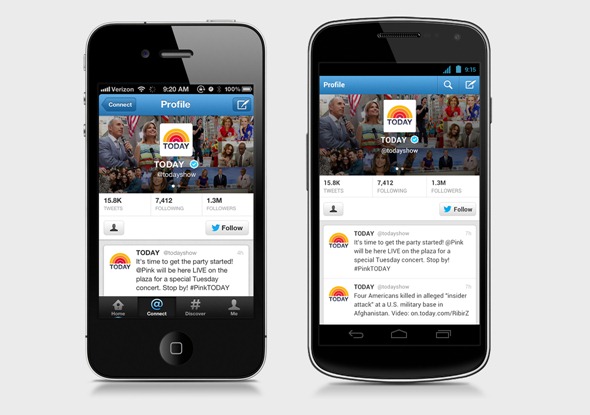 Although there are the usual abundance of performance enhancements and bug fixes, the main focus of the updated Twitter for iOS (also, incidentally, at version 5.0), is new iPad optimization. Despite the Cupertino slate being a market-leader and selling in the tens of millions, the official app has never performed that well on the iPad, but the look and feel seems to have been revamped this time around. 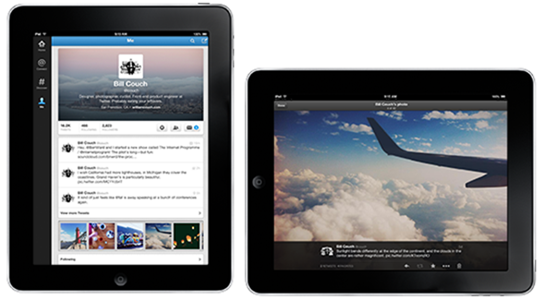 If you’re rocking an iPad and like to tweet frequently, you might want to check out Twitter 5.0, since it offers a more respectable experience including new profiles with header photos and photo streams on profiles and events, among the aforementioned improvements and general tweaks.

Meanwhile, Twitter for Android has also been updated to version 3.4, and amongst other features, allows you to pinch-to-zoom on photos as well as improving account management for those who like to protect their tweets / account in general.

Personally, I’ve never had much faith in the official social apps, but Facebook has shown things can turn around, and having (very quickly) given this app a demo on my third-gen iPad, i’ll say it’s definitely on its way.