Tweedle For Android Is A Clean, Simple, And Rather Charming Twitter App

When it comes to social networking on the move, Twitter is one of the easiest out there. Although Facebook remains by far the world’s number one social hunt, Twitter fills in a great little niche, and for quickly updating your followers on-the-fly, The Twitters is arguably the most favorable option.

There are, without exaggeration, a trillion Twitter apps out there for both iOS and Android, and sorting through the best of them can be a bit of a nightmare. The official Twitter app is, much like its Facebook counterpart, not particularly great on any platform, and if you were to ask those who love tweeting their <140 on a frequent basis, you’ll find they’ll be avid users of such apps as TweetBot, InstaTweet, or similar. 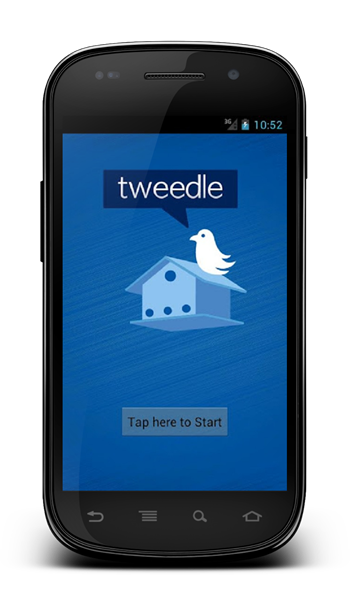 They’re not likely to be using Tweedle, a new app from HandlerExploit just yet, but that may all change in the near future. It’s as clean and minimalistic an app as you could hope for, and considering it’s free, there aren’t any hidden surprises, or advertisements, as they’re commonly known.

When it comes to social networking, keeping things clean and simple is a concept seeming to escape many devs, but the tidiness of Tweedle is only eclipsed by the enthusiasm of the development team to offer even more features to an already impressive roster. 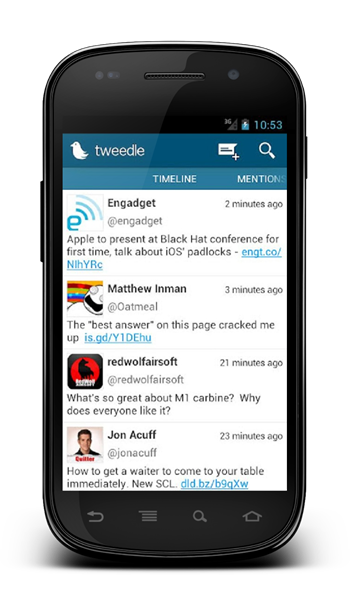 You can select your own color scheme, which is a nice bit of personalization, and there is already support for TwitLonger, but the real excitement hits when you see what’s upcoming in what HandlerExploit rightly describes as a "young, still growing" app for Android.

There will be support for the obvious, such as lists and trending, along with mute filtering, configurable pages, a home screen widget and multiple accounts. It also states tablet support is also on the horizon, although if you’re using a Nexus 7 (our test device), we can confirm it looks, and functions very well on the Google-ASUS collaborative device. 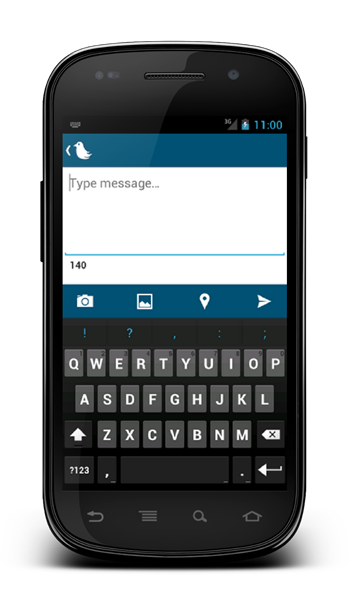 If you’re looking for a smooth, clean twitter experience, then Tweedle is certainly worth considering. Yes, it is new and a little unrefined, but I would think it outlandish to suggest it’s a gem in the making, and it could easily sit among the TweetBot of the world with a little more development.