Turn On Dual LEDs In iPhone For Brighter Flashlight, Here’s How [Tip]

Apple’s iPhone is one of the most popular smartphones in the world. The launch of the next-generation iPhone is rumored to be just around the corner, but for now we have devices like the iPhone 5s, iPhone 6, and iPhone 6 Plus that are packed to the rafters with features and functionality. There’s even some little tips and tricks that not a lot of people know about, such as tricking the operating system into using dual LEDs that these models ship with so that we can use our expensive Apple smartphone as a quick and efficient bright flashlight. Let’s take a look at that little tip.

If you didn’t already know, your modern iPhone starting from the iPhone 5s comes equipped with dual LED flash – a bright white LED as well as an amber shaded LED – both of which culminate into the True Tone flash. The iPhone camera will decide when is the best time to use these in a photograph capturing situation, and as far as the flashlight function goes, the phone will only use the bright white LED. However, if you need a super bright torch, and your iPhone is all you have, then follow these four simple steps to invoke both LEDs. 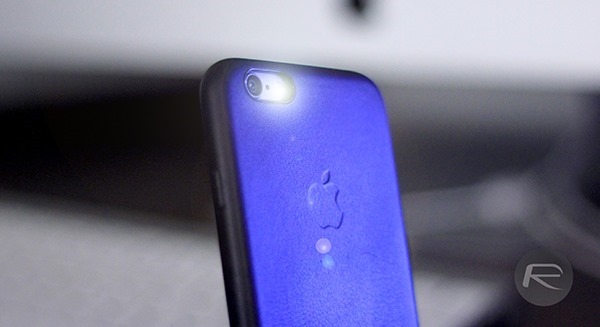 Step 1: Invoke Control Center from the iPhone homescreen. If you’re new to the iPhone, are suffering from a momentary lapse in memory, or have just never used Control Center before, then this can be achieved by swiping upwards with one finger from the bottom of the iPhone display. For the record, Control Center is extremely useful so if you don’t use it, start now.

Step 2: Use the quick flashlight toggle button to turn the rear camera LED on. This is the torch-like icon at the bottom left of the Control Center. 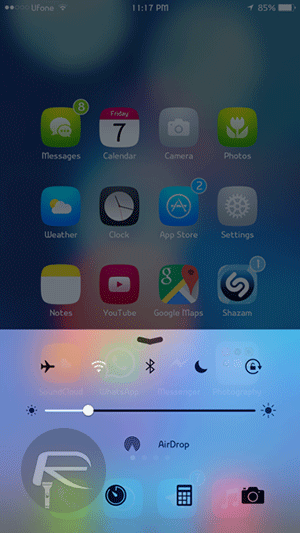 Step 3: Now, tap the quick Camera app icon in Control Center to launch the camera.This will immediately bring the Camera app into display but turn off the LED at the same time. Worry not, this is intended behavior. 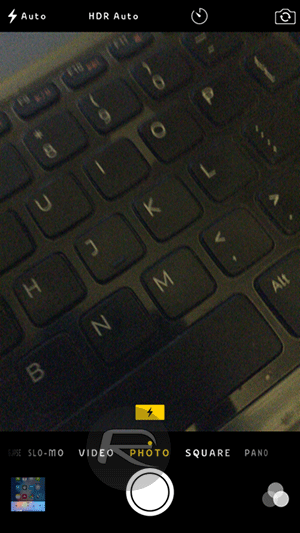 Step 4: Press the home button on the iPhone to exit the Camera app. Immediately invoke Control Center again and tap the flashlight toggle button again. This time around iOS will invoke both of the embedded LEDs resulting in a brighter flashlight type experience.