Titanic App For iPad To Commemorate 100 Years Since Ship Sank

Here at Redmond Pie, we spend a great deal of time looking at the very best apps and games for Android and iOS in particular, but admittedly, most of them are centered around perfect productivity and catchy physics.

Technology blogs in general are culpable for the fact that we frequently overlook the more cultured, educational apps out there which provide not only great reference, but can often be fascinating eye-openers.

In order to try and break the mold somewhat, today we’re showcasing a particular app by Britain’s The History Press. To mark the 100th anniversary of the sinking of the Titanic, The History Press has created a rather wonderful Titanic app for the iPad – set for release on 12th March. 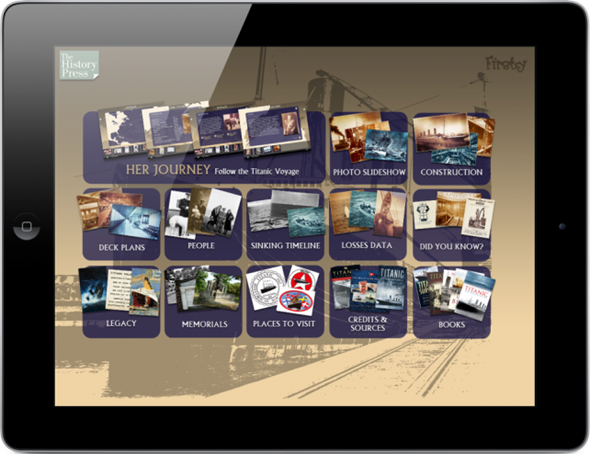 Of course, although not everybody is engaged in early 20th century history, many will remember the Leonardo Di Caprio and Kate Winslet motion picture – directed by the marvelous James Cameron.

The actual date of the sinking of RMS Titanic was April 14, 1912, and the story has continued to capture the imagination of analysts and enthusiasts alike. While the release of the 3-and-a-half-hour feature film would arguably make more of an impact if released now given the year, the iPad app still allows those interested in the much-debated tale to get their kicks. 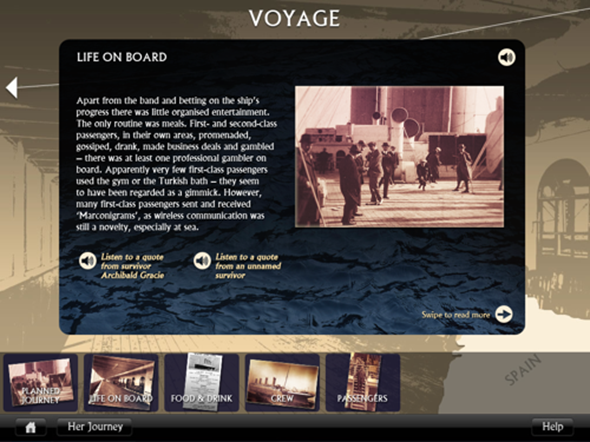 The app features a vast array of knowledge, with input from a host of the world’s leading Titanic experts. There’s some rare archive footage, details  of the ship’s construction, a sinking timeline as well as an interactive deck plan, narrated survivor accounts and an abundance of photos and images relating to the Titanic.

The History Press’ sales and market director, Tim Davies had this to say:

"This year’s 100th anniversary of the sinking of the ship is already generating huge interest and is an opportunity to maximize the value of our extensive and definitive Titanic content and to deliver it in a new way. The Titanic App looks fantastic and we’re confident that both enthusiasts and general consumers alike will enjoy it enormously."

It will be released on March 12 over at the App Store. Price is TBA, and we’d presume a pretty full-on commemorative app such as this will be rather pricey. Then again, if you’re a fan of Titanic, it’s certainly one you wouldn’t want to miss out on!