If there’s one thing where Android really excels, it’s in its ability to be customized by the user in ways iOS users can’t even fathom. This isn’t a flame bait statement, it’s actually based on ground realities.

The number one feature I tend to quote when I make the aforementioned statement is the ability to set time and location-based profiles for your device. Apps like Tasker, Llama and Locale let you turn off/on WiFi, 3G/4G, ringtone, notification sounds and run/close apps based on your location and time.

Tasker is an enthusiast favorite because of its deep customization features. Llama and Locale are good alternatives because they offer a similar feature set with a much less complicated interface.

In this post, we’ll be talking about Timeriffic. It can be considered to be a Tasker-alternative in the sense that it lets you control different features of your device based on certain conditions that you set yourself. The difference lies in that Timeriffic lets you set “profiles” based on time and time alone, unlike Tasker which works with locations as well. 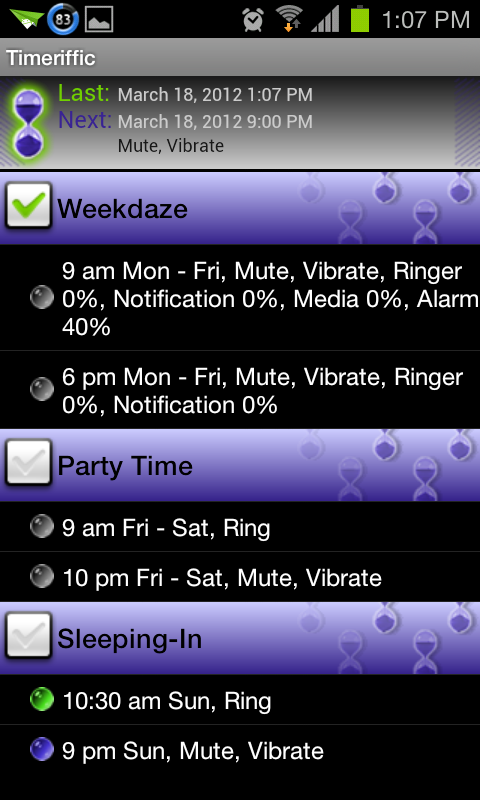 Control mute, vibrate, brightness, wifi and airplane on/off custom to your schedule. Create your own profiles, by time and day. 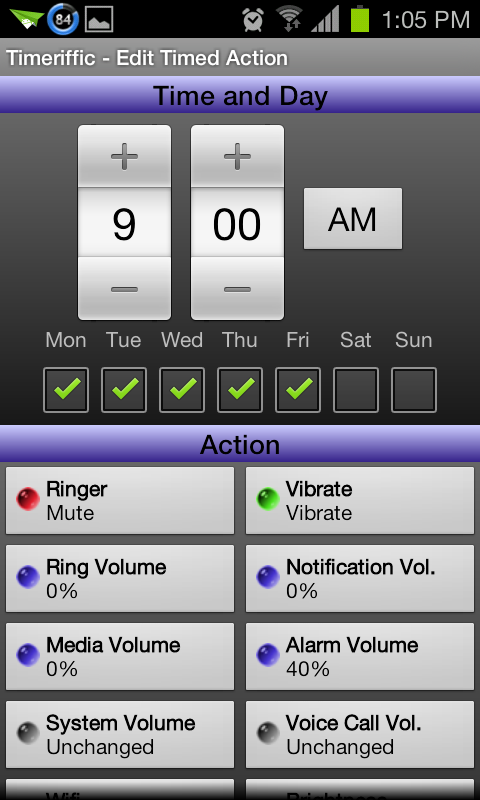 Upon launching the app, you are presented with your Timeriffic profiles. You can edit profiles so that, for example, your phone can go silent when you’re at work, go back to normal in off-work hours and turn off WiFi at night. The interface is still isn’t as intuitive as Locale, but once you understand how it works, you’ll be able to get maximum possible usability out of it.

Timeriffic is a free app and it can be downloaded from the link embedded below.

Don’t forget to let us know what you think of Timeriffic by leaving a comment over on our Facebook and Google+ page.