There’s much made about the so called 1%. Vilified by the press and the vast majority of the United States, the 1% represent the ‘haves’, with everyone else firmly in the ‘have not’ column.

With the 25th anniversary of The Times Rich List on the horizon, Poke London is launching its Global Rich List website, designed to tell you, the average Joe, where your worth lies within the grand scheme of things. Sounds creepy? Carry on, we know you want to, still.

Despite what everyone may believe, and almost what they want to believe, the chances are they’ll actually come a lot higher up the ladder than expected. In fact, according to Poke London, the average American family consisting of five people living just above the poverty line will actually, technically and of course, using Poke London’s metrics, be part of that much loathed 1%.

Interesting, no? But there’s more. 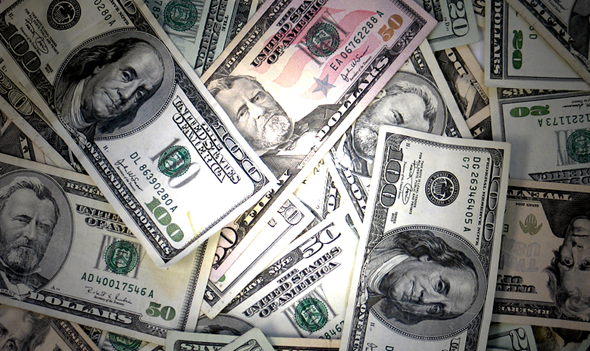 Well, before we all start getting overly confused and re-evaluating our world view, it’s worth remembering that not all factors are taken into account by the folks at Poke London, such as high volumes of debt. Still, regardless of what’s missing or not, the point should not be missed that people may not be as poor as they think, at least when compared to the rest of the planet for that matter. Remember, there are millions upon millions living in huts, and they’re certainly not lining up for the next iPhone, mind it!

What we find really interesting here is the fact that a website could potentially change the way real people evaluate their self worth. There’s a long standing joke that you can’t believe what you read on the internet, and while we all know it’s not quite so black and white as that, we’d love to know what everyone thinks of the results kicked out by Poke London’s stats. 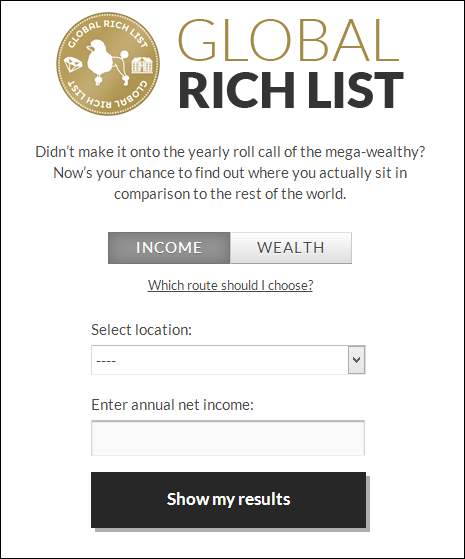 If you want to see where you stand in the world -  in terms of wealth, of course -  then simply point your browser to GlobalRichList.com and get started. Of course, you can always make stats say whatever you want if you work hard enough!

But the question remains; are you one of the 1%, or not? Either share it, or hush it.