This USB Flash Drive Can Be Accessed Over Wi-Fi, Makes Up For A Perfect Geek Gift [VIDEO]

Everybody uses USB flash drives. No matter how kitted-out your setup is, no matter how advanced your assault on the wires is; if you’re saying you don’t have a USB flash / pen drive at least tucked away somewhere for emergency data transfer, then, well, you’re a liar. They may be convenient, useful, and in the case of mine, washing machine-proof, but that doesn’t mean to say we wouldn’t like to see more functionality. Wireless-ness would seem the natural progression, and King Jim has come through with such a product, naming it the Paketta.

The Paketta takes a format we can all identify with, and drags it into the modern era. It boasts in-built Wi-Fi B, G, N hardware, enabling it to transfer content to and from your PC without the need for wires. 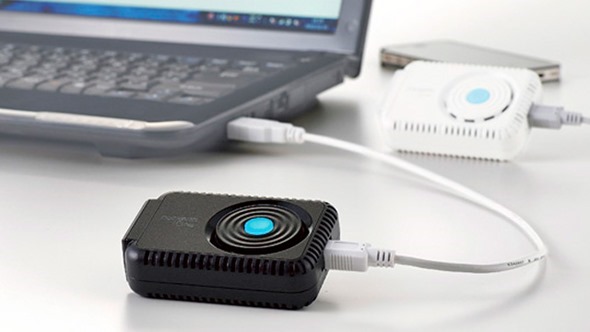 While the device certainly looks the part, it misses one vital implementation – a battery. It requires a USB connection in order to broadcast, so by rule, isn’t strictly a wireless device. Also, it needs companion software – something developers and manufacturers have sought to stamp out in recent times. Wireless apps, for example, that turn our mobile devices into wireless mice, keyboards, or complete remote desktop experiences, are enhanced greatly when the plug-and-play motif is applied, but it would appear the makers of Paketta didn’t get the memorandum.

Unfortunately, that’s not the end of the list of caveats this promising, aesthetically-sound app is dragged down by. It’s currently only compatible with those on Windows 7 and iOS devices, and although Windows 8 and OS X iterations are in the pipeline, these limitations are likely to hinder any prospect of large-scale adoption Paketta might have had.

The not-really-wireless (unless you plug into the wall), platform-constrained, companion software-dependent device still, despite everything, has a certain amount of charm about it, but at $115 for 8GB or $170 for 16GB, it’s going to need every ounce of that charm to convince consumers it’s worth the price.

In the meanwhile, with a little work and shopping, there are many ways you can enjoy wireless storage. Wi-Drives may not be as compact or pretty, but they do a similar job – for a fraction of the price King Jim is asking.

If you’re interested however, then you can head over to this link and buy yours now or maybe gift it to one of your geek friends. Just putting it out there.