Regardless of whether you happen to be an experienced iOS device owner who upgrades to the latest release religiously or are relatively new to the Apple device owning world, it should come as no surprise that an iPhone or iPod touch is an extremely powerful device that rivals anything on the market today. Although an out of the box iDevice experience is an extremely pleasurable one, when combined with a jailbreak, it is taken to a new level with new features and enhancements becoming available. 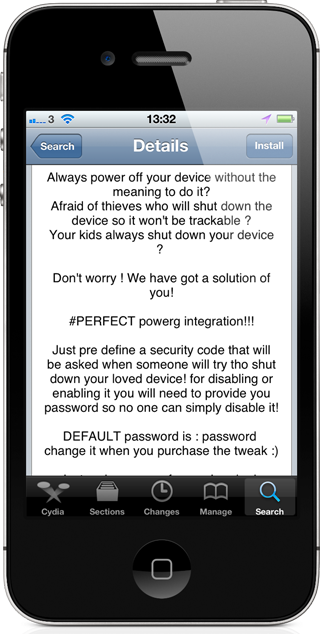 One of the latest tweaks to be made available to jailbroken users via the Cydia platform goes by the name of Powerguard and I would imagine that it will be particularly useful for quite a large set of users who are currently benefitting from being jailbroken. As is usually the case with Cydia-based packages, the name gives a few small clues to the functionality that is contained within, and in this instance, offering some additional security measures to the action of attempting to power down the device. In a stock installation of iOS, powering down the unit is a very simple process with the power button needing to be depressed for a few seconds before sliding the resulting slider to confirm the action.

When installed, Powerguard changes the whole scope of the powering down process and implements a security check to make sure that it is actually allowed. The check comes in the form of a simple password confirmation box that requires the correct password or code to be entered before the device will shut itself off. The developer of the tweak makes the argument that this is particularly useful for those who are prone to accidentally turning their iPhone or iPod touch off, although I can’t see how that can happen given the native powering down procedure. With that said, there are a few instances when this could prove useful. 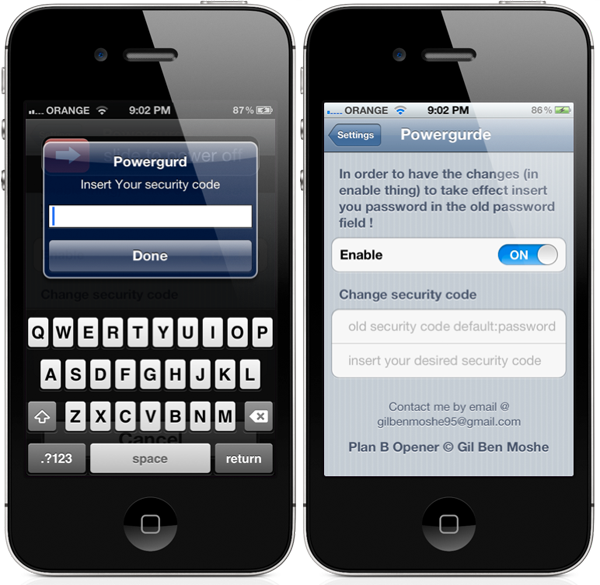 If the user is currently limited to a tethered jailbreak it could always be beneficial to restrict the ability to turn the device off due to the fact that a tethered boot would normally be required upon startup. It could also be worth using this package if, as a user, you are concerned about your expensive gadget getting lost or stolen as removing the ability to turn it off will also prevent the GPS signal from being cut. Whilst not the most professionally implemented, Powerguard does offer some a solution to real-world situations that iOS device owners can find themselves in. No additional home screen icons or installed, with options and admin features being available through the Settings app.

Powerguard is available as a $0.99 download from the BigBoss Repository with no specific iOS device requirements being mentioned.