I don’t imagine that I am the only person in the world who spends most of his day buried face first into an iPhone, iPad or MacBook. And in that respect, said devices become something I depend on and can’t honestly get my day’s social and professional work done without them. It sounds pretty weird to say out loud, but the three Apple products I use daily have almost become an extension of who I am and I therefore like them set up just right. 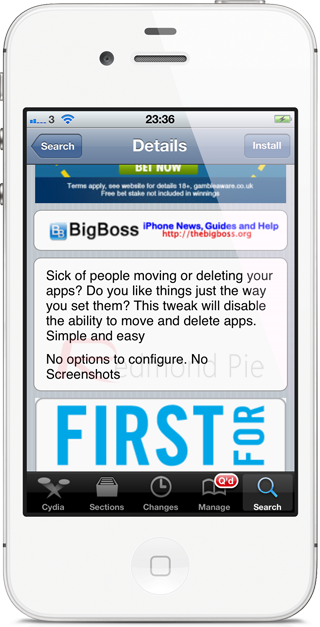 In most other walks other life, the old saying “familiarity breeds contempt” is very apt and usually applies, but when it comes to things like an iPhone or iPod touch, it is usually the opposite that applies with users liking their apps and home screen set up in a very specific fashion. As is usually the case, Cydia has a tweak that applies in this situation with the Leave My Apps Alone package not likely to win any awards for most inventive name of the year, but certainly likely to capture attention of some users thanks to its functionality.

The intended feature of the tweak isn’t exactly mind-blowing and could have probably been thought out a little better to include some additional options, but when installed it basically locks the home screen from being able to delete or move applications when the device is in edit, or wiggle mode as some prefer to call it. Users can obviously still flick between home screen pages to activate and launch applications as well as edit the home screen to add Dashboard X widgets, but the option to delete apps is removed. 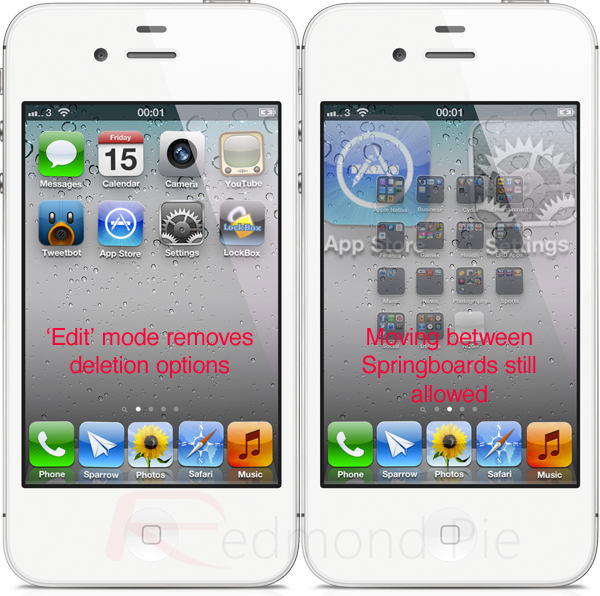 It might seem like it could provide a lot of benefit, but for those who like to use things like Gridlock or Iconoclasm to set up complex homes creen layouts with the help of user-interface themes would certainly find something like this useful, even as just a precaution. To make it more user-friendly, I would like to see the developer implement an activation toggle through passcode security to allow the owner to be able to make amendments without having to totally uninstall the tweak through Cydia.

Leave My Apps Alone is available as a free of charge download from the BigBoss repository with no specific iOS requirements being given.